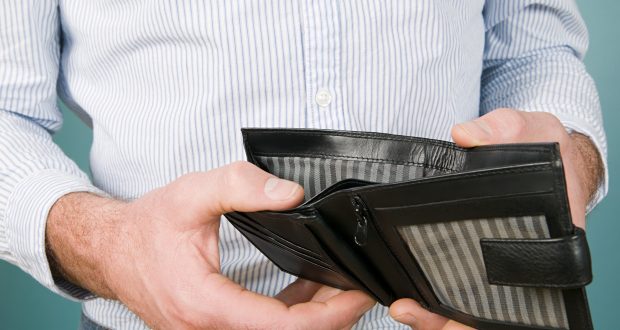 Students are left broke by their loans. Photo: REX Features

British KU students struggle to get by on their maintenance loan and eight in 10 are forced to rely on parental support, according to a River survey.

The research found that 78 per cent of British Kingston students need to get financial support from their parents or guardians to be able to make ends meet while at university.

Even though 77 per cent of students have a part-time job, it still proves not to be enough to cover their living costs.

Excluding the money used to pay rent, the second largest amount KU students spend their loan on is food, followed by bills and travel expenses.

Out of 234 students surveyed, 87 revealed they were spending a lot of money on supplies for their course such as art materials or textbooks.

The latest national student money survey conducted by website Save the Student showed that, on average, British students fall short by £221 a month with parents making up the difference.

Jake Butler, Save the Student money expert, said: “The pitiful size of the maintenance loans and the way in which they’re calculated is the major issue.

“It is quite evident that the loan is not enough to support the average student. Parents are left to plug the gap leaving many in a difficult situation.”

Theo Walsh, a second-year fashion student, said: “I feel like I am old enough to be able to financially support myself but I am not in the case to do that and pass my course.”

Walsh said that when a lot of projects are due he struggles the most because of the extra expenses.

“Supplies and stuff are a lot of money and that’s not taken into account with student loan so affording fabrics and other material on top of everything it is always a struggle,” he said.

Izzie Trueman, a second-year graphic design student, revealed that during her second year her parents had to set her up with a weekly fund of £40 which increased at one point to £100, as she was not able to support herself.

Eliot Lord, a second-year fine art student, said: “I had two part-time jobs last year and it still wasn’t enough, it affected my studies so I gave them up.”

The maximum maintenance loan students can receive is £11,007 and many of them claim when living in Kingston, where the average rent cost is £492 a month, it is not enough.

Save the Student set up a parental contributions calculator which can estimate how much money parents will be required to supply to fill the maintenance loan gap.

On average, parents earning around £35,000 are expected to contribute £1,211 each year towards their children education. The higher the family income the higher the number goes.

However, students said that the expected number according to the calculator is not always met by their parents and that leaves them short of money to live off of.

Megan Summer, a product design student, said: “It makes me feel quite embarrassed and it is not an ideal situation I would rather just be able to support myself and they [my parents] don’t have that much money to be able to give to me as well so I feel bad.”

Connor Talbot Jinks, a third-year aerospace engineering student, said: “I don’t think it is fair that it is linked to your parents’ income because some parents might be incredibly rich but then still not give their child anything anyway.

“You should be able to borrow as much as you need and then pay it back.”

In addition to not being enough to support the costs of students living, the loan also has a staggering annual interest rate which this year increased to 6.1 per cent.

The Government Department for Education refused to provide a comment.