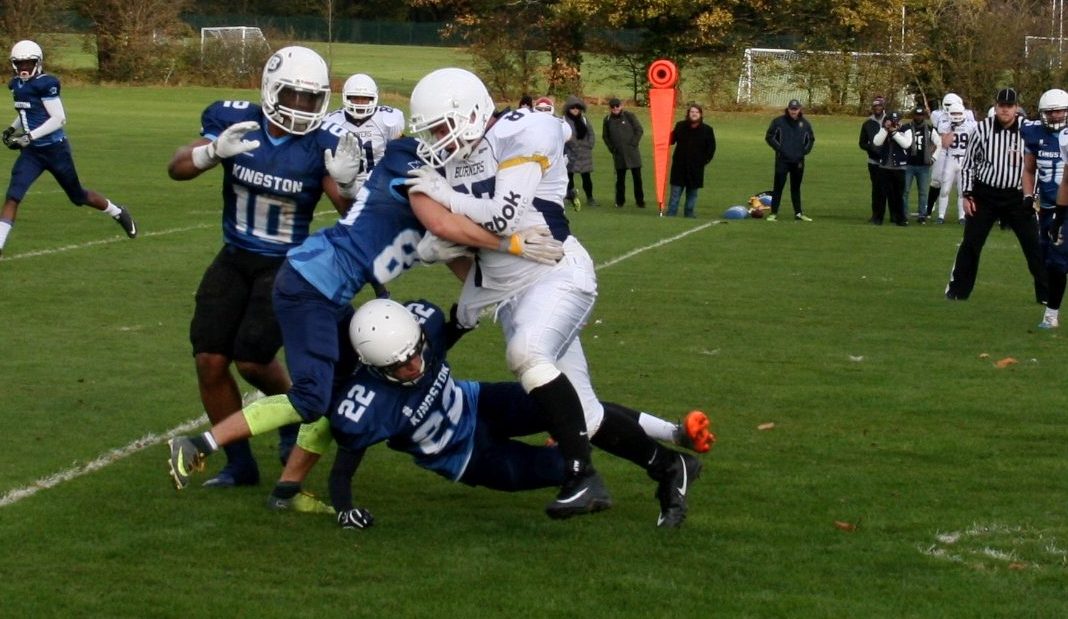 Kingston University (KU) American football won 18-12 against Brunel in their first game of the season on November 5 after being relegated from the premier league last season.

The division one game was full of a strong Kingston defence, which did well in stopping the Brunel attackers.

On the other hand, the Kingston offence struggled to move chains, to move the ball forward, until the second quarter but still scored three touchdowns, which got them the win.

“I think the defence today really showed up, really did a job, I think it’s up to us guys in offence to even the load a bit,” president Aaron Rafferty said.

The first quarter started out quite slow without the Kingston offence managing to move any chains. Through the second half of the quarter, however, defensive back Cody Allison had a 100 yard pick six, intercepting the ball in the Kingston end zone and running it all the way back for a touchdown. Kingston tried to go for a two-point conversion where the team had to run the ball in instead of kicking it, but failed, making it 6-0 to Kingston by the end of the first quarter.

Kingston moved their first chain in the beginning of the second quarter. Kingston’s Gabriel Quartey ran 35 yards down to the one yard line, then caught a touchdown pass from quarterback Finn Cookson on a slant route. They again failed to make their two-point conversion, making it 12-0.

Not long after, Brunel’s Morgan Clifford scored their first touchdown by a run, but like Kingston they also failed their two-point conversion, making it 12-6.

By the end of the second quarter Brunel had scored an equaliser, this time through Sebastian Pettican. Again they failed the two-point conversion, letting the teams go to half time with a 12-12 draw.

The third quarter was a defence-dominating quarter for both teams and the attackers struggled to make plays, getting the teams stuck in deadlock for most of the quarter as both teams turned the ball over a lot with interceptions and fumbles.

In the fourth and last quarter came the winning touchdown for Kingston, when Gabriel Quartey ran for it and topped off an overall impressive game for the runningback.

By the end of the last quarter Brunel had the chance to equalise, but Kingston linebacker Josh Oakley tackled the Brunel quarterback, letting Kingston go to full time with an 18-12 win in their first game of the season.

“I think it was a closely fought game. Obviously there is no love lost between the two teams so it was great to come out with a win at the end of it,” Rafferty said.

“At the end we played with our head: heart said let’s punch it in for another score, head said take a knee, see the game out, win by six points and that’s what we did.”

Kingston dropped down from the premier league to division one last year and Rafferty says they are not planning on staying in that league for long.

“Our aim is to win eight games and then win the two play-off games that will let us go back up to the premier league. This is the first step on that,” he said. 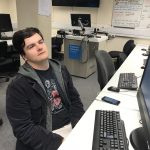 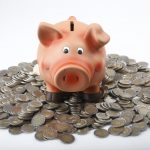