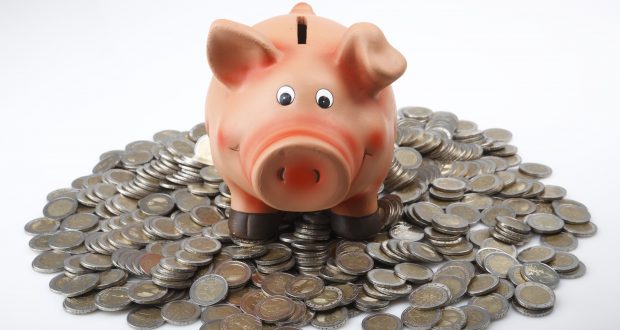 Kingston University must save £40m in the next two years Photo: REX

Five years to save Kingston University

Kingston has five years to save itself from bankruptcy as it faces growing financial problems, according to the new boss of the lecturers’ union.

The warning comes as University heads continue to make cuts to staff and budgets as part of their Plan 2020 to make KU viable.

Dr Nicholas Freestone, chair of the Kingston branch of the University and College Union (UCU), said management had described the university is being in a “financial hole”.

“The university can’t keep being in deficit year after year,” he said. “They’ve got to have some money in the bank – if it keeps being in the same amount of deficit then it won’t survive. That’s why they imposed Plan 2020.”

“They say we have to make these cuts, otherwise the university is not sustainable even in the short term. Three to five years they’re talking about.”

“Worst case scenario is we just run out of money.”

The prediction comes as dozens of staff have either taken voluntary severance or voluntary early pension. Others have simply left the university but their positions have either not been replaced or were filled with cheaper hourly paid lecturers.

Among the worst hit departments are geology which will run out the course after closing for new applications, politics which saw staff having to reapply for jobs and several members of staff being made redundant and music which has seen a sea-change in the course from classical to modern music. Mechanical engineering saw six members of staff take severance and another two resign.

Other departments are still going through huge upheaval, including maths where the number of staff is expected to be halved and computing.

Departments in the Faculty of Arts and Social Sciences saw major cuts in staff over the summer as lecturers took voluntary severance or retirement. Drama has seen nearly a complete change in its staffing, either through the cuts or because of lecturers taking new jobs.

Freestone added: “If not enough people have taken the voluntary route, then we’re going to go into the bear pit of everybody competing against themselves.

“And when they did it in politics, that was not well done.That was an awful process.

“It seemed to me evident that they had identified people they wanted to get rid of and no matter how they did their faces didn’t fit for whatever reason.”

“HR is maintaining our staff is overpaid but on The Guardian pay scale Kingston is always at the bottom, except for El Presidente of course.”

The main problem the University faces is a dramatic fall in the number of students coming to Kingston. Overall numbers have fallen from around 22,000 in 2012 to just 15,000 this year.

Part of the reason is a drop in the number of teenagers in the UK and high employment rates, which traditionally have led to lower numbers of applications to higher education.

However, according to the university more than half of KU students are in courses at the bottom of national league tables.

In response, the university created Plan 2020 to reduce the amount of money being spent by cutting programmes they regard as unprofitable.

He told staff: “The University’s Senior Management Team has been leading an intensive examination of the challenges the University faces and looking at how it can address the urgent need to ensure all students benefit from the best quality teaching and learning, transform its academic reputation, and secure its financial position.

“Far too many of our students – more than 50 per cent – are currently completing courses in the lower quartile of their national subject league tables.

“This has so adversely affected the University’s academic reputation that we are now struggling to attract the calibre and number of students we want. This is now affecting even those courses that perform well.

“We must take action to ensure the University’s long-term sustainability. Beyond that, we need to become a far more agile and dynamic institution, able to hold our own in a highly competitive marketplace.”

The cuts at the university has left many staff nervous about their future and angry at the apparent failure in management.

Dr Demetrios Venetsanos, who is quitting as course director of mechanical engineering next month to take a post at another university, claimed KU was changing courses to make lecturer positions redundant.

“They are firing you without firing you. It is the perfectly legal way to get rid of people,” he said.

“My personal opinion – this is blitzkrieg, this is what Hitler did when he invaded France.

“It was such a storm invasion and so sudden, well planned and organised so that no one had time to react, or even understand what’s happening.”

The university says it welcomes comments from the student community as part of the Plan 2020 process.

“These can be fed back through course representatives and the Union of Kingston Students’ officers or through the discussion board on My Kingston,” a Kingston University spokesperson said.

KU needs to save £20million this teaching year and another £18million next year to meet their budget target, according to the union.

Freestone said the university is planning to cut £700,000 from the cleaning budget despite cleaning and catering staff who work for KUSCO being paid less than students in the staff bureau.

“On a practical basis it means there’s less cleaning being done in the institution and they don’t empty the bins as often and that has some health and safety implications.”

Several staff members, speaking to the River anonymously, think that the plan has started a vicious circle of cuts made simply to boost KU’s rank in the short term.

They fear the move will lock the University into a downward spiral that will end with Kingston’s closure.

“They’re doing operations, they’re cutting bits off, but you’ve got to leave a body with a heart going and a brain working. Let’s hope the surgeon is a good one in this case,” said Freestone.

Kingston’s geology department was reduced to only five staff members and will close its doors in three years.

One member of staff from SEC said colleagues can think of only two possibilities as to why geology was being closed “and both of them are not good”.

“Either deliberately wrong data was used to make a case, this is one possibility and I do not know if that is the case, or they had the wrong data and made the decision without researching,” he said. “These decisions were made over the heads of staff and students. There is an atmosphere of distrust.”

He also told The River how last year the university spent £30,000 refurbishing a lab extraction system for dangerous fumes only to then decide to remove and scrap it just as it was declared ready to use.

The geology department’s rock and sample collection, vital for research and teaching, will also be thrown away unless staff find another university willing to take it.

“We had our 70th anniversary last year in terms of geology. Seventy years. Every geologist in the country knows Kingston geology, it was famous for excellent teaching. Kingston has a very rich tradition of geology, but it will all come to an end in 2020.”