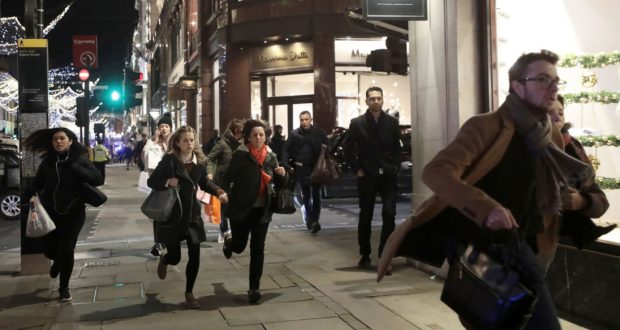 Sixteen people were injured due to the panicked crowd PHOTO: REUTERS

A KU student was trapped inside an Oxford Street store during the London mass panic on Friday. 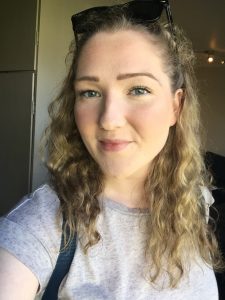 The KU student, Caroline Simonsen was stuck in a store during the panic

Caroline Simonsen, 22, and her two visiting guests were out shopping when a panic broke out as people thought they heard shots fired in Oxford Circus tube station.

Simonsen said: “It was actually horrible, we were in Forever 21 and suddenly big crowds of people came running into the store. It was complete chaos and we feared the worst.

“People who worked there had no other information other than that the police said we had to stay there and that was safe.”

Simonsen studies journalism for a semester at Kingston, and her visitors Hilde Hunnålvatn and Ronja Jensen, both 22, from Norway were locked in the basement for two hours without knowing what was happening above ground.

Police called at 16:38 to a number of reports of shots fired on #OxfordStreet & underground at Oxford Circus tube station. Police have responded as if the incident is terrorist related. Armed and unarmed officers are on scene and dealing along with colleagues from @BTP

Later at 19:00 the police called off the response and opened Oxford Circus and Bond Street tube stations, which were on lockdown, as they were unable to find any proof of gunshots or suspects. Armed police remained on duty in the area as people were let out of the stores.

Sixteen people were treated after they were injured escaping Oxford Circus station, following the reports of gunshots being fired.

The British Transport police have said that two men were interviewed by detectives after an altercation that happened on the platform before the scare.

Hunnålvatn said: “You read about terror all the time and it makes you look for the worst possible outcomes. It goes so far that you start planning where you’re going to try and hide. “It wasn’t as if we had a lot of places to run.”

The girls were relieved that nothing serious had happened, Simonsen said: “It was an insanely good feeling to leave the store, we went straight home. We did have other plans for the evening, but we didn’t go to the stand up we had tickets for.” “I still feel the fear in my body and it will probably be awhile until it feels safe to walk along Oxford Street again.” 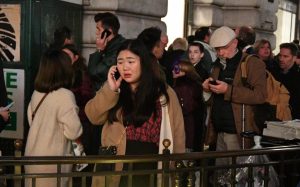 People were panicked as the police were investigating the reported gunshots  PHOTO: EPA