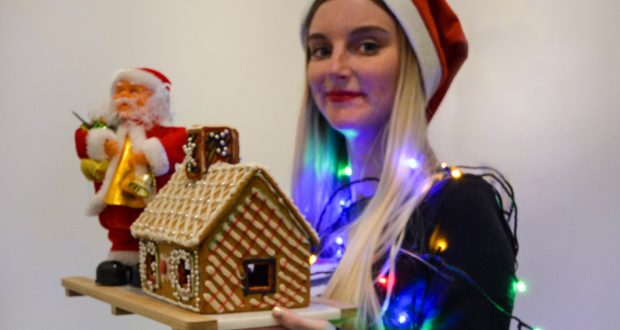 Written by Lacey Jones on December 1 2017

I have been verbally attacked time and time again for expressing my love for Christmas months before December begins. What is wrong with wanting some festive cheer a little earlier into the year?

I’m not hurting anybody by donning my Santa socks in September nor should it bother you that come the Christmas season I’ve already exhausted all the classic movies (except Elf, screw Elf).

If I had my way, the Christmas tree would never come down and in fact just last year it stayed standing in my living room until June.

So it really warms my heart and gets me excited when I see that the shops have started to put out their Christmas stock a little earlier this year.

I could not wait for December to be on my doorstep before I bought my decorations, I have to be ready so that come the first, my house has transformed into a Winter Wonderland.

The earlier the shops bring out their festive stock the earlier I can start decorating my house.
People complain that there shouldn’t be Christmas stuff on a shelf beside Halloween stuff but please, Halloween is only one night a year when Christmas is at least 25.

Spying a nutcracker or Santa Claus in the wild, next to witches’ hats and ghosts, months before the festive season has officially begun really jingles my bells and helps to hype me up for the most wonderful time of the year.

Besides, the earlier Christmas comes the earlier the coffee shops bring out their festive drinks. Nobody hates a gingerbread latte from Costa or a salted caramel hot chocolate from Caffé Nero.

And so what if TV channels play Christmas movies months before December? You can’t say that Home Alone doesn’t deserve to be shown more than once a year.

Then there’s the battle of the Christmas adverts to look forward to. I think I speak for most when I say I count down the days until John Lewis releases their always fantastic advertisements.

Would it not be great if they released it just a little bit earlier? Then we would be graced with the often adorable advert instead of the usual, boring and annoying normal adverts.

Even the music deserves more love than it gets – what’s wrong with a little Wham, Mariah Carey or a bit of bubbly Bublé? Don’t they deserve more than a month of radio time?

I can’t get enough of all the classics and would quite happily have a playlist on repeat all year round if I wasn’t judged for playing it too early.

People who tut or roll their eyes when they hear a Christmas song come on in the supermarket before December are quite frankly Scrooges and I mean come on, do they know it’s Christmas time at all?