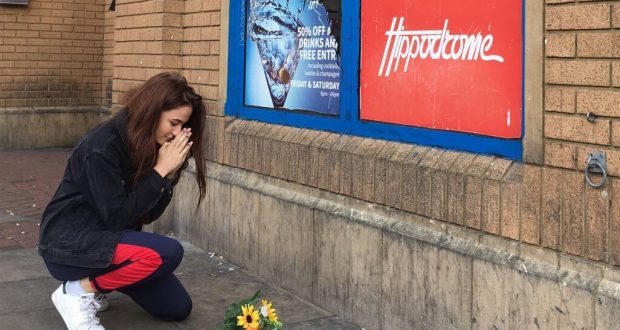 Becca paying her respects outside the venue Photo: Becca Difford-Smith

Why The Hippodrome has my heart: A eulogy

Written by Rebecca Difford-Smith on October 13 2017

For those of you who don’t know, The Hippodrome was my best friend. It was my soulmate, the only club I could truly rely on for a good time.

Dearly loved by most of Kingston’s student population, Hippo has had a long and successful life. Born over 20 years ago, it has served Kingston with cheap drinks, cheap gig tickets and an atmosphere that matched no other club in town.

Hippo provided a place for those who didn’t want to pay an extortionate amount of money for a vodka coke, for those who wanted to hear old school club classics instead of house remixes of Ed Sheeran, for those who want to dance in trainers instead of six inch heels just to meet a dress code. i remember strawpedoing my £2.50 orange and passionfruit VK many a time while listening to 2009 Taio Cruz and I wouldn’t have it any other way.

The Hippodrome was not only known for its popular weekend nights but for New Slang’s intimate gigs featuring huge names and indie bands of all genres for just a tenner. During my short but unforgettable time with Hippo I saw Disclosure, Two Door Cinema Club and more, all without breaking my student budget. Hippo truly was a place for everyone and anyone.

I spent many friends’ brithdays, uni deadline celebrations and even saw in a new year with you. In fact, I have lost count how many nights I have spent, drunkenly texting the song request number to play Africa by Toto multiple times, beverage in hand, with my friends by my side.

Hippodrome, you will be sorely missed by me and by many. You have my heart, forever and always.