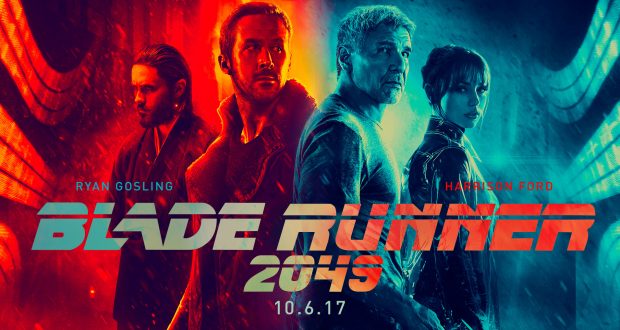 Blade Runner 2049: Better than the original

Written by Chanel Buituron on October 5 2017

Blade Runner 2049 has been one of this year’s biggest films. The Rivers, Chanel Buituron had to see how this one compared to the first.
We see Ryan Gosling as the new Officer K replacing the original and iconic, Harrison Ford.
Man-made humanoid machines are built to do the humans’ dirty work but have evolved at an increasingly rapid rate and are able to reproduce.

By reproducing these robots can rebel, they have no reason to serve their creators anymore giving them the power to be the masters of their own fate.

Gosling comes across a long-buried secret during an investigation into the replicant uprising, which has the power to alter the future of life and has been hidden for 30 years. The key to uncovering the secret is to track down Rick Deckard (Harrison Ford –  the original Officer K) who is now living as a hermit in the ruins of Las Vegas.
Both the sequel and the original are dense, it is an interesting film and the graphics are phenomenal.
There was potential in the original film but things were left out, this film pays more attention to detail. It works because of the storyline, focusing on both characters working as a team to determine whether human identity amounts to more than following the rules of the Government.
Overall, it has made a substantial amount of progress while still enduring the original film’s classic plot; using the same Sci-Fi techniques but bringing more of a thriller aspect to the film.
blade runenr 2049 blade runner harrison ford Jared Leto Ryan Gosling 2017-10-05
Chanel Buituron