Written by River Reporter on October 27 2013 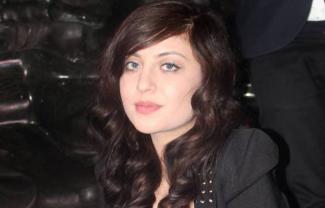 Kingston has introduced a mentoring scheme for students who are the first in their family to attend university –  but only white males are eligible.

According to the University, the scheme was launched because white male first-generation students are under-represented in higher education.

Elaha Walizadeh, KUSU’s new women’s officer, argued that mentoring programmes should not be dependent on gender.

“This scheme is totally beyond my mind,” she said. “I think when it comes to schemes like this, there should be an equality system, and as a feminist, I believe that mentoring schemes shouldn’t be based on gender.”

In addition to the first-generation scheme, there are support programmes for black and ethnic minority students and students with disabilities or learning difficulties, regardless of gender.

There is also a scheme available for female students in science, engineering, technology, mathematics and the built environment (STEMB).

The first-generation scheme includes support with CVs and work placements as well as career advice, among other benefits.

A University spokeswoman said: “Where we see participation or progression in higher education impeded by social or economic barriers, we take action.

“One growing trend that Kingston is trying to address is the underrepresentation of white males, particularly those who are the first in their families to enter higher education.”

The spokeswoman added that national research had shown that this group was less likely to participate in university life and were more likely to drop out.

Walizadeh, a second-year biomedical science student, said that she would prefer a scheme that was open to both male and female first-generation students.

“I would have said the same if it was for women only,” she said. “And mentoring schemes should be aimed at people with learning difficulties rather than gender.

“Or maybe have a scheme where you could choose whether you need the help or not, rather than dividing people into categories and making it available to certain students only.”

First-generation chemistry student Leah Deacon is able to take advantage of the STEMB scheme for women.

However, she said that the first-generation scheme should apply regardless of gender.

“I think [the STEMB scheme] is good because there aren’t a lot of women in the science industry,” she said.

“But I do think there should be something for anyone who is the first in their family, because it can be hard to know what to do after university.”