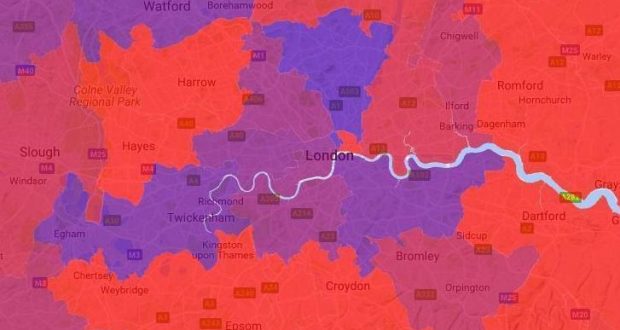 Kingston among worst in the country for flu cases

Students in fear of getting the flu have been encouraged by the NHS Clinical Commissioning Group to get the flu jab, particularly those in at-risk groups such as pregnant women, patients with long-term conditions, and carers.

A KU fashion student, who lives in Clayhill halls of residence, has been suffering from the sweats, a cough and blocked sinuses for two weeks, meaning that she missed vital lectures.

“I have been to the doctors twice, I was told to rest and take paracetamol, night-nurse and cough medicine which I was prescribed. I was also told to steam [my face] with a towel to clear my sinuses,” said Aimee Bearne.

Kingston is among one of the worst in the country for flu cases, according to NHS data.

In order to cope with winter demand, Kingston Hospital has been the first in the country to use a new, quicker test for flu which gives results in just 20 minutes.

The Point of Care Testing (POCT) was introduced to the Emergency Department and the Acute Assessment Unit in December 2017.

“We’re delighted to have a Point of Care Testing for flu at Kingston Hospital, and it couldn’t have been introduced at a better time.

“Having the POCT analysers in place over the Christmas period has meant we can diagnose and treat patients with the flu in a timely manner,” Sally Brittain, Director of Nursing and Quality at Kingston Hospital NHS Foundation Trust told local paper, the Surrey Comet.

Ben Simonsen, 23, who studies business management has had the flu for over a week, he has not yet been to the doctors because he doesn’t think he has been ill for long enough, but has been trying to recover from home.

Helen Stokes-Lampard, chair of the Royal College of General Practitioners (RCGP) said: “We do encourage patients who are ill to think hard about whether they do need to see a GP – not just in terms of reducing pressures on the NHS, but to minimise the possibility of passing viruses, such as flu, to other people, particularly in at-risk groups, such as those with long-term conditions or pregnant women.”

According to Public Health England, 120 people have died of flu-related symptoms since October, compared with 45 in the same period since 2016/17, including Bethany Walker, 18, from Applecross in Scotland.

Currently, there have been no reported deaths from the flu in Kingston.

With over 173,000 residents living in such a small area, the highly contagious illness can spread easily.

“General practice continues to face huge winter pressures with a significant increase in patients presenting with influenza and high numbers of patients continuing to present with other common winter illnesses,” said Stokes-Lampard.

Figures released this month by the Royal College of GPs showed that last week more than 30,000 people visited a GP nationwide as a result of flu-like symptoms, an increase of more than 9,000 compared to the previous week.

While flu has been affecting the largest number of people since the winter of 2010/11, according to Public Health England, it is not yet considered an epidemic.

“The College’s ‘3 before GP’ advice asks patients whether self-care is an option in the first instance; whether advice from a reputable online UK source, such as NHS Choices, could help or whether they could seek advice from a pharmacist, before booking an appointment with their GP,” Stokes-Lampard added.

She said that the winter months have always particularly challenged the health service, but GP practices have been prepared in order continue to deliver the best possible care for their patients.

“As ever, flu is unpredictable so it remains impossible to speculate how rates will change in the coming weeks – they may increase further, they may level out or even decline.

“The RCGP’s research and surveillance centre will continue to compile data, so that we can inform preparedness plans for next year as comprehensively as possible,” said Professor Simon de Lusignan, Medical director for the RCGP’s research centre.