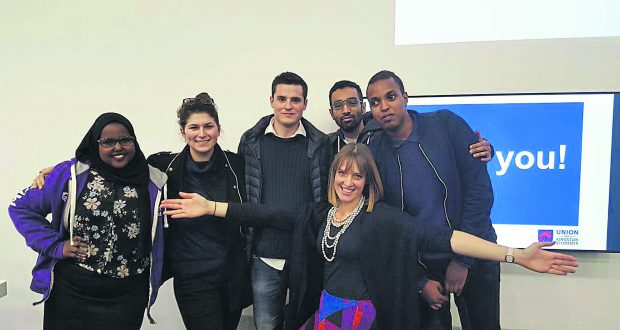 Written by Khadra Salad on February 3 2018

The six delegates were chosen from 19 candidates with more than 1,243 votes.

Elected delegate Feisal Haji said: “I’m really happy. It’s a massive vindication that people really listened to what I was saying and believed in me. The campaign was very hard and there was a lot of people running. The fact that I won is amazing. Getting the highest votes and becoming the lead delegate for Kingston is the cherry on top.”

Haji is determined to work towards making a better future for KU students, working with the delegates to bring forth issues that affect the university and its students.

The computer science major promises to implement a motion for mental health and wants to reach out and work closely with other delegates as well as the NUS Disabled Student Officer.

NUS delegate Muna Ali also hopes to follow through with her manifesto as delegate.

She said: “’Prevent (the government’s strategy to support people at risk of joining extremist groups) is going to be my main focus going into the conference. Should this policy continue to be enforced in universities, it will only serve to hinder the progress of students.”

Knights Park officer and elected delegate Daisy Du Toit hopes that students become more involved with the NUS in the future as she believes that it gives students that chance to make a difference.

Du Toit said: “Unfortunately some think it is generally very political and not every student wants to get involved, or has the time to get involved in active politics. Hopefully we will change that.”

The NUS National Conference 2018 is set to take place at the end of March.

Delegates will put forward their motions in hopes of following through with the promises they made as representatives of Kingston University.