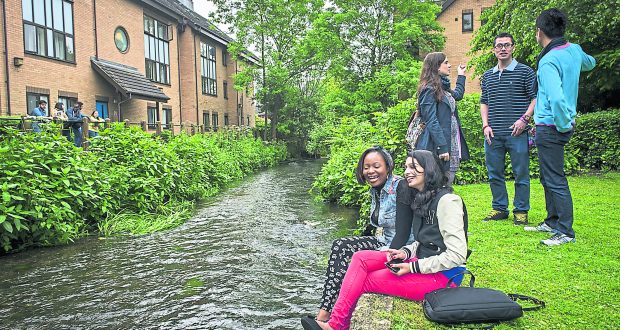 Written by Sophie Parrott on February 19 2018

Middle Mill was named the most energy efficient halls of residence for the last academic year, according to Kingston University records.

The University has reduced carbon emissions associated with halls accommodation by 55 per cent since the 2005-6 academic year, which has contributed to an overall carbon reduction of 29 per cent across the whole university.

Spiro Spyropoulos, 19, a software engineering student who lives at Middle Mill, said: “I am quite surprised. I never thought that Middle Mill would be the most energy efficient halls at Kingston University, but I think this is great as it helps reduce expenses to Kingston University and the money saved can be used in other areas.

“We should all aim to lessen carbon emissions and strive towards a greener planet in order to help prevent contamination to ecologies on earth as they are crucial to our existence,” he added.

Spyropoulos believes that more could be done to make the university “extra energy efficient”.

Kingston University currently monitors energy, gas and water usage across all of its buildings and halls of residence as part of their commitment to reducing energy.

A KU spokesperson said: “The university’s target is to reduce its carbon emissions by 35 per cent by 2020, and it works closely with the National Union of Students each year to promote the Student Switch Off campaign.

“Last year 28 per cent of all Kingston University students signed up to the campaign, its highest ever level of involvement.”

The Student Switch off is a competition promoting environmentally friendly behaviour among students in halls.

In previous years, winning flats and blocks have been treated to a enormous delivery of Ben & Jerry’s ice cream at the end of the semester.