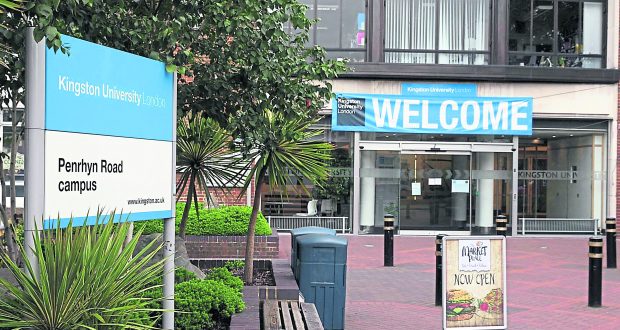 Experts have warned that Kingston University is one of the universities most likely to face closure due to a decline in new student applications and an alarming deficit.

Kingston University has seen the biggest decline in applications from 18-year-olds from 2012 to 2017, with a drop of 35 per cent, according to UCAS statistics.

For the next academic year, Kingston has seen more than a 10 per cent drop in applications.

Nursing and business management had one of the biggest hits in applications, with Health, Social Care and Education hit with a drop of 25 per cent.

Professor Colin Riordan, the vice chancellor of Cardiff University, said he was concerned for the future of universities in the UK and highlighted KU as one of the most at-risk based on the dramatic drop in numbers. 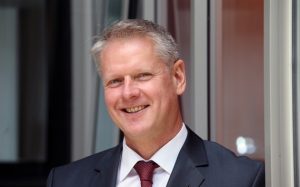 “To my knowledge, we haven’t been in a position in living memory where it seems likely that established universities could find themselves in an unsustainable position having no option but to close,” Riordan said to the Guardian.

“The Higher Education Funding council for England had a definite role in averting failure. All those safeguards have now gone in England.

“The Office for Students has set its stall out very clearly and it is not there to ensure the sector’s health.

“As well as possibly being the main employer, the university may be the main route for the local population to advance themselves. If people want to get a better career or make some progress in life they may find it pretty difficult with their university gone.”

In the financial year 16/17, Kingston University saw a deficit of £14.2m. The costs were  mostly accounted to restructuring costs and pension changes, but it still left the university £4.3m in the red.

Universities across the country have been facing significant uncertainty with falling student numbers and rises in costs.

London Metropolitan University’s applications dropped by 27 per cent and University of Cumbria’s by 24 per cent, both becoming some of the country’s most at-risk universities.

The Higher Education Funding Council of England (HEFCE) reported that one of the major threats to the sector is that there are fewer 18-year-olds in the UK, which could lead to fewer 18-year-old applicants.

HEFCE is to be replaced by the Office of Students in April who have, for the first time, put in place provisions in case universities such as KU go bust.

The university regulator has said that it is not concerned about the future of universities and that occasional deficits are not uncommon.

A HEFCE spokesperson said: “In particular they will need to continually adapt, and sometimes restructure their organisations, to ensure their sustainability in the longer term. Sometimes this may incur occasional deficits and these are not normally cause for concern.”

One of the risks of a university going bust is the economic repercussions to the local area.

Often they employ thousands of people and the local community rely on spending by students, staff, visitors and the university itself.

According to Kingston University’s financial report 2017/18, the university added 3,800 jobs to the area. Students and staff reportedly contributed £2m to tourism and culture within Kingston.

Visitors travelling to meet and socialise with staff and students and participate in events brought in roughly £2.2m to the borough.

A KU spokesperson said: “Kingston University is continually reviewing its course portfolio and student numbers to ensure it keeps pace with the educational interests of its students and the changing needs of the  industry.

“In line with this approach, last year it reduced its student number target  to align with its refocused course portfolio.

“The planned deficit also reflects the timing of the investment made to ensure academic rigour continues to be embedded at the institution and our students have the best possible experience at Kingston University.”

Lecturers at the University have also expressed concern about the drop in student numbers and the future of KU.

In the last issue of The River, marketing and advertising course director Dr Marvyn Boatswain said he was worried about not only his course but about the industry as a whole. “I think maybe students are choosing not to go to university a lot more now, so yes I am concerned” he said.

“I am hoping that our numbers will remain at least steady.”