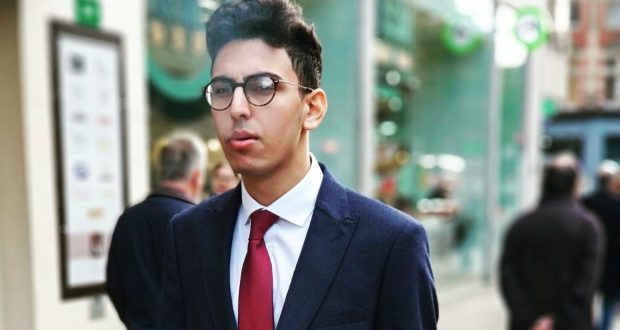 KU student wants to be the next Wolf of Wall Street

Written by Ciara Mcginley on February 20 2018

The Wolf of Wall Street crashed a Lamborghini, hosted elaborate drug-fuelled parties and illegally made millions as a stockbroker in the city.

The controversial film full of sex, drugs and cheap thrills follows the rise and fall of Jordan Belfort, played by Leonardo DiCaprio, in the murky world of finance.

It shocked viewers around the world but to KU student, Hassan Shakir, it was what inspired him to learn about trading and make £150,000 in three years.

“When I first saw that movie, that was what originally got me into wanting to learn how to trade,” he said.

“It’s just amazing how you can actually make that much money.”

The first year pharmaceutical science student, who does not condone the illegal activity shown in the film, said money is the driving force in the world of trading.

“You have to be money hungry to win in the game,” he said.

He started by investing £1,000 and trading in American and South East Asian markets.

Shakir has traded in the foreign exchange market and in commodities, which includes oil and metals such as gold and the increasingly popular cryptocurrencies, such as Bitcoin.

“When I was first starting off everything was so cheap to buy because of the exchange currencies and especially in Asian countries, it’s a lot cheaper than the pound,” said Shakir

He taught himself how to trade by watching videos online, analysing charts, graphs and learning how to find patterns in the markets.

Shakir, whose Instagram handle is ‘the wolf of Arabia’, said he mostly reinvests the money he has made but has used some of it to pay his way through university and once rented out a Ferrari for the weekend.

“I always pay for everything myself, I don’t ask my parents for anything,” he said.

The student set up his own company, HS&Co, six months ago and now has four investors.

The 19-year-old developed his own trading strategy and spends two hours a day trading in between his lectures and studying for his exams.

“I’m just here at university to get my degree.

Shakir, who said he had a 65 to 70 per cent success rate on his trades, takes a 15 per cent commission on what he makes for his investors who he insists are “happy” with his work.

Shakir revealed that he could now make up to £35,000 a month from his own investments and those he makes on behalf of the investors.

He also admitted that he had not always been successful when he first started trading in the markets.

“I did fail a few times, I was losing more than I was making and that’s when I learned I needed my own strategy,” he said.

Shakir hopes that once he finishes his degree he will follow in the footsteps of a friend who made $10m by selling his trading strategy to a bank in the United States.

Shakir said that he wants to do the same and dreams of setting up his own offices to have people trading off the strategy he has created.