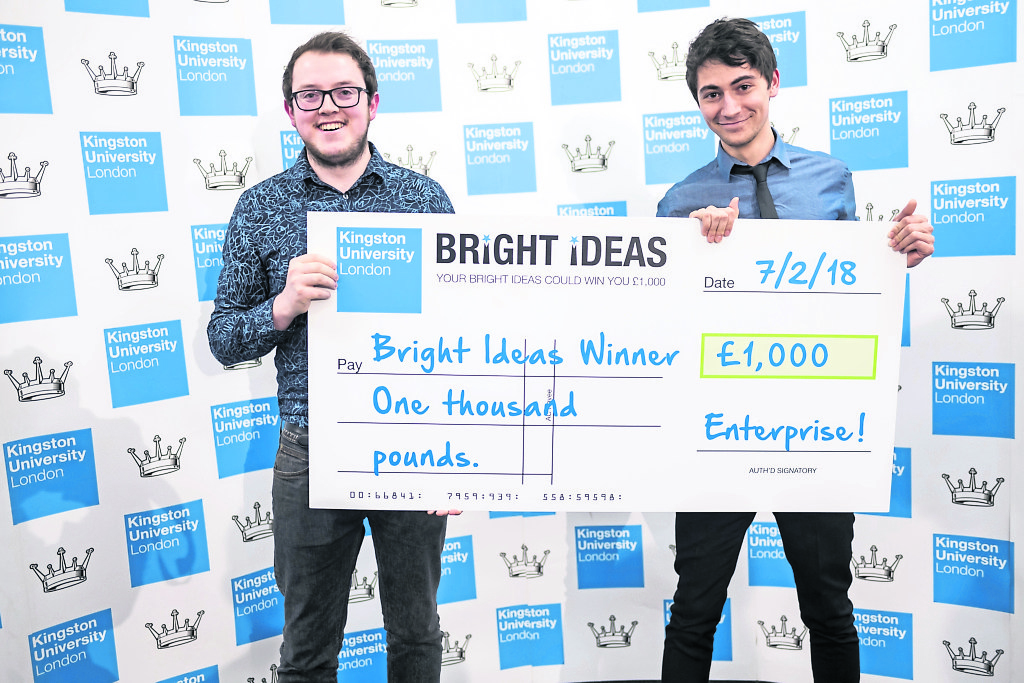 Two students who did not want to reach for the TV remote won part of KU’s Bright Ideas competition with a Bluetooth-connectable button which can be programmed to do any computer command remotely.

Gabriel Dransfield, 22, and Sam Eady, 23, studying aerospace engineering, won £1,000 after impressing the judges with their innovative and versatile button StiKEY at the Bright Ideas final.

“You can use it remotely, but the idea is that you can stick it to a surface and programme it to do computer tasks,” explained Dransfield.

“It is as simple as you hold the button down, assign whatever function you want it to do on the keyboard and release it,” he said.

Currently in the design stage, StiKEY will be approximately two centimetres wide and as flat as the technology inside will allow. The idea was developed with the help of their fellow students James Richardson and Joe Doyle.

Dransfield had the initial idea while binge-watching Netflix and thought of the potential of just clicking next episode from a distance rather than having to walk over to his computer.

He said: “I was just at home watching Netflix and the ‘Are you still watching Netflix?’ tab came up and I had to go and press the button, except that I didn’t want to get up to press it. Everybody has that problem but if I was to make StiKEY it could have some potential.”

Eady explained that they plan to use the prize money to produce several prototypes.

“We are going to put the prize money towards creating StiKEY’s and get a Kickstarter campaign up and running to get extra funding for it,” Dransfield added.

Bright Ideas is an annual competition hosted by the Enterprise Team and gives Kingston students a chance to win money to develop their business ideas.

The contest, run by the University’s Enterprise Department, consists of 10 categories sponsored by local industry partners. 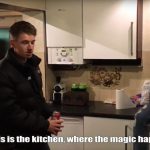 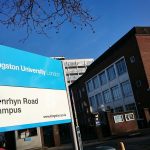