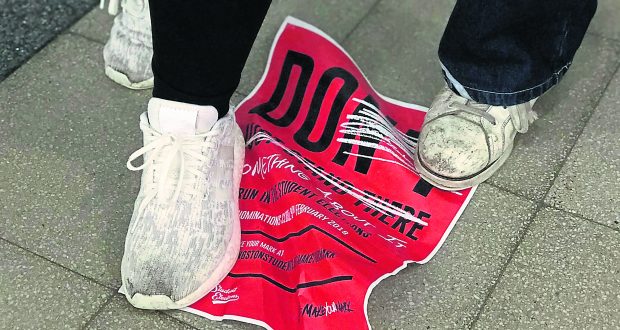 Do you know what a student officer does? Probably not, says Nylund Photo: Melina Pambou Sundfør

You may have noticed the annoying amount of posters in the hallways at your campus. You might even have a couple of friends who have shared pictures of manifestos on Facebook, urging you to take part in this year’s student officer elections.

However, the student election has taken a controversial turn this year.

The Student Union was investigating the voting process at Kingston Hill where one candidate was accused of foul play and for bullying people into voting for him.

While some people probably think this is ethically wrong, and though the candidate was cleared of the allegations, my first thought was: who actually cares enough about the election to spend time on dirty tricks and to pester people to vote for them?

Although it might not be as world changing as the accusations of Russians helping Trump win the election in the 2016 presidential election, the matter is still pretty grave.

I freely admit that I personally do not care about the student election, and I have certainly not wasted a second voting in an election during my three years here either. Frankly, I have not been aware of any elections either.

I struggle to understand why someone cares this much about what is effectively playground politics. It sounds like a lot of effort, and for what, winning a student election that no one really cares about? What a waste of time. Just imagine how many series you could have watched on Netflix instead.

From what I have seen, the student elections do not seem to have had any impact on students or on the university except for maybe showing us that democracy is dead.

During my time at Kingston, I have not heard anything about the positive changes made by the campus officers – but I have also not heard how they have changed something for the worse.

I do hope they have the power to improve the campuses as much as possible, and that in this case, I am completely wrong about the lack of impact the campus officers have in real life. But then again, I doubt it.

If it had not been for the election, I would not even be able to tell if the campus officers were real. I never hear anything about them outside of the election period.

Now, it is important to mention that most of the candidates were not accused of dishonesty and foul play, and were actually quite upset about the entire election process.

There are hard-working, committed students out there who ran for the election who would like the opportunity to change this university for the better, which is not an easy job.

Wouldn’t it be great to be reminded of who the student officers were over the course of the year, and not only reminded when elections are coming up?

And wouldn’t it be lovely if students actually know what their student officers actually did over the year?

Anyway, I would like to congratulate those of you who played a fair game and still have your integrity intact. And do not worry if you lose – most people did not even know you ran.