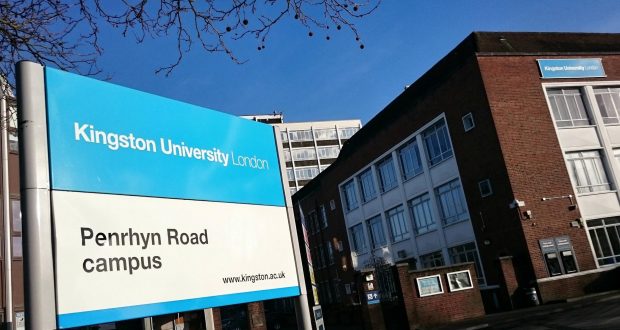 Although FASS will be part of KSA and the Business school, it will still be based at Penrhyn Photo: Kingston University

The closure of the Faculty of Arts and Social Sciences (FASS) is not for financial reasons, the dean claimed in a meeting with staff.

In an email sent to staff on February 23 by vice-chancellor Steven Spier and pro-vice chancellor and FASS dean, Simon Morgan Wortham, FASS will merge with Kingston Business School to create a new faculty from August 1 and make the four remaining faculties closer in size.

In a meeting on March 7, Morgan Wortham came under fire as he attempted to reassure FASS staff that the restructuring of the faculty was best for the University.

“We are moving in a position of strength, not weakness,” Morgan Wortham emphasised multiple times.

However, Morgan Wortham was unable to answer any of the questions..

He said that the change was because student numbers have been decreasing, and the University is therefore now smaller and changes must reflect this.

By reducing the number of faculties, they hope it will make the university more competitive, he said.

Morgan Wortham said that currently, there were no plans for job cuts, but that cuts may be an option “organically” in the future.

As a result of the restructuring, Kingston Business School and the School of Law, Social and Behavioural Sciences will combine to create a new faculty.

The email said that this move will “further strengthen the international reputation and influence and bring [the University’s] portfolio more in line with key competitors, such as the University of Arts London”.

It has not been made clear what will happen to the FASS-run student help centres such as the loans room and the Centre for Academic Success and Enhancement (CASE) and consequently those who work there.

“It might be the case that it is a matter of breaking something to fix it later,” Morgan Wortham said.

Many of the questions asked were unable to be answered and fuelled the uncertainty staff felt about the future.

Morgan Wortham admitted that there was “lots of planning and thinking to do before the next academic year”.

The University has said that the faculty deans will be working alongside each other to oversee the transition, but have not expanded on what this will entail and how the questions proposed will be answered in the short amount of time they have.

The current plans propose that the change is a purely organisational one and will not affect the University’s day-to-day organisations.

“There will be no changes in course provision or the location of staff and students in the areas being realigned while the transition takes place,” a KU spokesperson said.

“All teaching and research will continue as usual.

“The proposals will bring significant benefits for the University’s students. They will have access to academics with a broader range of specialisms and increased opportunities to work on projects across related areas.

The closure of the faculty comes in the wake of Plan 2020, the initiative brought in to tackle financial difficulty and decreasing student numbers.

As part of plan 2020, the law department was integrated into FASS. However, under the proposed changes it will go back to being part of the Business School, a move that may anger students who spoke out against the initial change during the Student’s Union Annual General Meeting.

In a statement, vice-chancellor Professor Spier said: “These changes will be another important step in repositioning Kingston as a dynamic institution able to prosper in a fast-changing higher education marketplace and help us realise our goal of becoming the best modern university in London.”