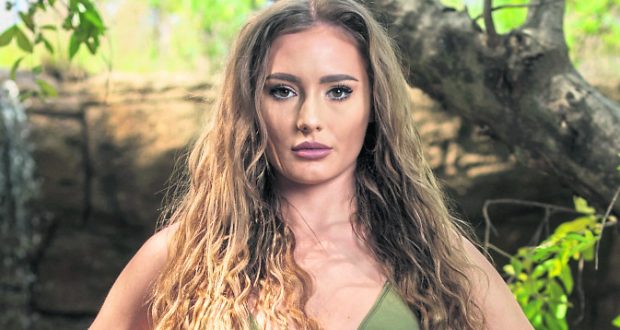 KU graduate, Georgie Clarke, hopes to kick-start her fashion and television career after appearing on reality television show, Survival of the Fittest.

Clarke, 25, who studied MA womenswear and graduated in 2015, was picked for the show after ITV found her Instagram where she had been blogging around her job as a tax-credits consultant.

“It didn’t matter how much experience I had or how many degrees I had, everybody wanted me to do free work. I wasn’t in a situation where I could work for free. I had to basically support myself, and I needed a paying job,” said Clarke.

“Even if I couldn’t get a job in fashion, I could do it as a hobby.”

Clarke started her blogging on Instagram by taking photographs of the outfits she had styled before buying clothes online, taking pictures on her day off, and then returning the clothes.

It took her a year to get her first paid job by blogging, which has increased with the amount of followers and saw the show as a way of making her way in the “ruthless” fashion industry without accumulating debts whilst she worked for free.

Since the show, Clarke has carried on with her blogging on Instagram, showing her outfit choices and sharing advertised posts to her 84,000 followers.

Survival of the Fittest is on ITV and involves a group of young singles who are sent to the South African Savanna to take part in a battle of the sexes which included both physical and mental challenges.

Throughout the series, the contestants had the opportunity to look for romance, but only at the expense of their teammates’ chances in the competition. The public vote on who they want to leave, and on which sex will ultimately win.

Clarke spent two weeks in the Savanna and was the second girl to leave.

It has been called the winter version of Love Island, which saw couples paired up to compete in challenges and allowed the public to vote on the ultimate favourite.

“The challenges were the most fun part for me. I love doing stuff like that. I’m a super feminist. I really believed in the concept of the show.

Clarke has high hopes for the girls winning, but since she quit her job for the show, she is focused on building her profile through public appearances and her Instagram.

She said that she feels comfortable in front of the camera and said that she would “jump” at the chance to do more reality television or become a presenter if she was given the chance.

Clarke added: “I kind of thought to myself ‘this is really risky because I’m quitting my job’, but at the same time this is going to give me so much exposure on social media. This is my opportunity to quit a job that I don’t love and try to get back into fashion. I took the leap.”

Clarke added: “I kind of thought to myself, this is really risky because I’m quitting my job, but at the same time this is going to give me so much exposure on social media. This is my opportunity to quit a job that I don’t love and try to get back into fashion. I took the leap.”