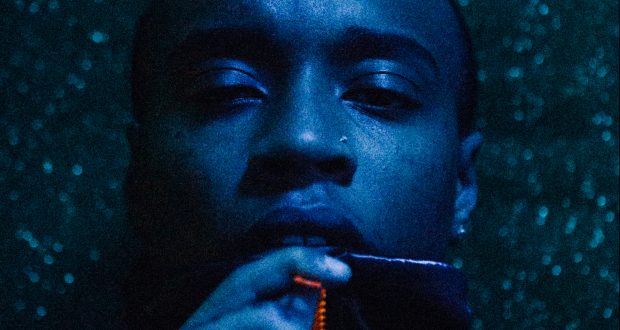 Rapper Rejjie Snow tells The River about Dear Annie, a second album, and all things music

Rejjie Snow has already established himself as one to watch, with his first album ‘Dear Annie’, released last month, having been hailed by critics. The Irish rapper took a few moments out of his busy touring schedule to give Georgia Evans some insight into his wonderful world.

After breaking through with his debut EP ‘The Moon and You’, beating fellow rappers Kanye West and J.Cole to the top spot of iTunes, Rejjie Snow, or Alexander Anyaegbunam as he’s otherwise known, has been on a stratospheric rise to fame. His eagerly anticipate breakthrough LP, ‘Dear Annie’, spans across genres, with hip-hop, jazz and electronic influences.

Describing the album release as “a lot of weight off my shoulders”, Rejjie reveals that the whole process took a while to complete: “I started with the idea four years ago, so I’ve been trying to get better at making music and to get to a point where I can make it exactly how I want to make it.”

After enlisting the help of Grammy-award winning producer Rahki, the man behind Kendrick Lamar’s ‘To Pimp a Butterfly’ and Eminem’s ‘Recovery’, Rejjie recorded the album between London, LA and Paris, the city that inspired him to create the tracks Désolé and Mon Amour. In these, the artist applied his love of French cinema and basic language skills to attempt singing in French, pulling it off with aplomb.

When asked if he anticipated the widespread acclaim he received, Rejjie says: “Yeah, I knew people were going to like it. I didn’t expect bloggers and people like that to really get it so early, but it’s been really cool that they’re actually listening to the record.”

Perhaps this is because ‘Dear Annie’ manages to encompass a multitude of genres. Influences of jazz are blended with 808 electronic drums, interspersed with little radio-esque skits created by Rejjie. He reflects: “I wanted it to be for everybody. I’m a jazz man, I love jazz, I love to try to make jazz.”

The album, and the man himself, both ooze an undoubtable coolness. As Rejjie speaks, he takes time to formulate clever and thoughtful answers, and his deep Irish voice has a slight American twang to it from his time spent in the US while in secondary school.

When asked about his time abroad he says: “Yeah, that was hard. I went to a boarding school there so it was quite difficult, the experience was highs and lows but for the most part, definitely, a lot of growth happened.”

He explains: “It was a maturing process so I think being out there definitely inspired my music because I was exposed to a lot of American culture and that lends itself to the music naturally.”

After dropping out of university, Rejjie returned to his hometown of Dublin, the place where he had his earliest exposure to music. Through taking part in theatre productions when he was young and being involved in his uncles’ bands, his musical knowledge developed at an early age.

He says artists such as Bill Evans, Nas, Queen, George Michael, Pixies and, surprisingly, UB40, have all influenced him. However, the first album he purchased himself was MF Doom and Madlib’s legendary ‘Madvillain’. Characterised by its jazz-rap style, it seems indicative of what would come later.

‘Dear Annie’ was written mainly as the guise of Rejjie Snow and less the man behind it,  Alexander, despite the album’s personal lyricism. He said it was about a fictional character whom he described as the devil. When asked how involved he was in the production process, his quick wit and cheeky sense of humour shine through as he responds: “75 per cent. Nah, nah, nah, probably like 40.”

He also found it difficult to name his favourite song on the album, suggesting Bipolar but quickly retracting, saying it was too hard to decide.

In terms of a second album, the self-confessed man who never sleeps revealed that he already has it in the works, saying: “I’ve got it finished and ready, just need to fix it a little bit.” When asked who his dream collaborator would be he responded without hesitation:“Craig David.”

Rejjie’s advice to aspiring musicians and The River readers is this: “I just suggest, protect everything at all costs. Really get into it. Be yourself and stay away from people who try to give you drugs. That’s my advice, simple.”

Dear Annie is out now.