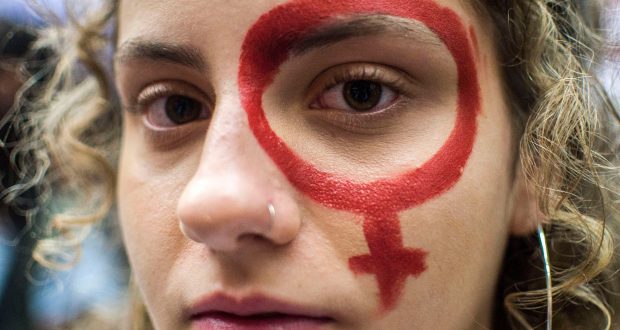 Rumour has it that the Feminist Society at Kingston University is dwindling in numbers. Tumbleweed rolls across the dusty stall at freshers fare. Crickets chirp at the social that nobody came to.

Last year the society had only 20 members. Yes, that’s across the whole university. This year, they are struggling to get it up to even that, because they don’t have enough members to form a stable committee.

Could it be because there were no free tampons this year? Have all the feminists disappeared? Nope. The way people look at feminism has changed. And not for the better.

When asking fellow students their opinion on feminism, an overwhelming number said that they no longer like to label themselves as a feminist because of the bad reputation that now comes along with it.

I fear feminism may require a new definition. Radical feminists have ruined it for those of us who want feminism to stay the way it should be. (Google’s definition – the advocacy of women’s rights and the equality of the sexes).

The majority of feminists nowadays seem to conform better to the definition of radical feminism, which refers to the complete elimination of male supremacy, which far too often turns into man hating.

The twitter hashtag ‘#MenAreTrash’ is in most cases used in reaction to cases of sexual assault, an issue everyone has the right to be angry about. It has now become a worldwide movement, and has been used in cases in the UK, spreading across the world.

I can’t help wondering, is this equality of the sexes? Assuming that because rapists and sex offenders exist, all men equal this?

I believe that to blame all men for every case of rape is a childish way of dealing with a sad fact of society. It would be easier to compartmentalise rapists as another category of people.

There was a time when I would shut down any person that didn’t call themselves a feminist. Now though, can we really blame people for linking the word feminism to women who shame females for wanting to look good, for wanting them to embrace their sexuality, for wanting to like men?

Some of you may have heard about the Grid Girls on Formula 1 getting banned because certain feminists decided that it was degrading to women.

If feminism was still about embracing the freedom of women, then what is this? Putting women out of their job and profession, just because it includes them looking attractive and embracing it?

Feminism quite rightly preaches that women should be able to wear what they want on a night out. Yet examples such as the grid girls shames them for the same thing when it’s turned the other way round.

Feminism to me, should teach women to be stronger. Instead, it’s too often associated with women being victims seeking justice.

Feminism to me, shouldn’t childishly shame all men for all cases of rape. Instead, it should be able to see the difference between a good man and a bad man.

Feminism to me, should be about embracing women as they are, in every form. Instead, it too often shames women for wanting to be as they are.

Real feminists will agree with me on this. The Feminists Society’s inability to find members comes down to the fact that nobody wants to be associated with the poisonous label anymore. Radical feminists, you are ruining it for everyone. So stop it.