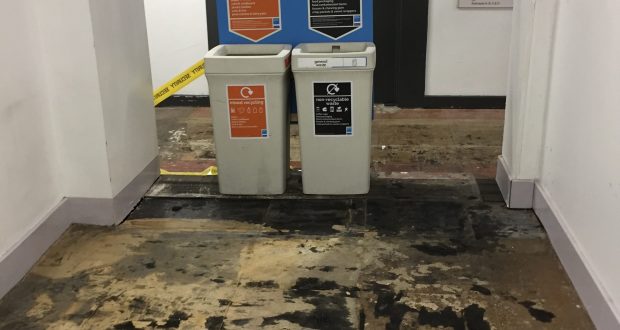 The flood has caused extensive damage in the EM building

Written by Morgane Roos-Carreira on January 11 2019

Gallons of water flooded the Eadweard Muybridge building at Penrhyn Road over the Christmas break after a pipe unpredictably burst.

The water ran on full pressure for five days, starting on the second floor and leaking onto the first and ground floors of the building.
“Following an investigation, the source of the leak was traced to a water supply pipe to a fume cupboard,” said the University’s spokesperson.

The area is now dried up and ready for new carpets and new ceiling tiles while some of the equipment is still going through electrical tests.

The EM building is home to rooms such as the pharmacy labs that contain two X-ray sets as well as other radiography appliances which are worth £420,000 according to Kingston University’s website. 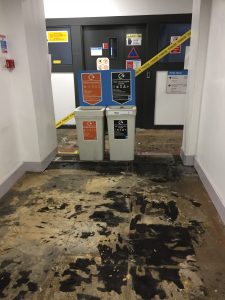 The flood has caused extensive damage in the EM building 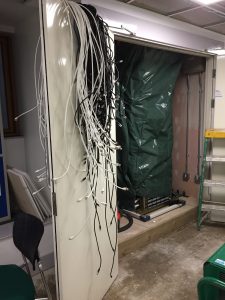 The electrical cupboard was flooded 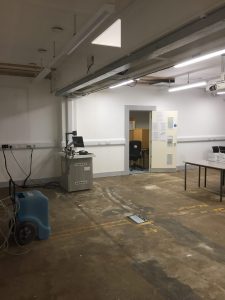 Classes had to be relocated due to the flooding

“If a machine doesn’t pass an electrical test it is not safe to turn it on,” said one of the electricians working on the repairs.

He was told by a member of the University’s staff that some of the machines that didn’t pass the test cost up to £80,000.

“The water tripped quite a lot of circuits but it’s been tested and reinstated. I think with the electrics, as soon as the water is dried up, the problem is gone really. It is not corrosive or anything,” the worker said about the building’s electric system.

Radiography and science subjects’ classes had to be relocated for the next few weeks but the University is unsure for how long.

According to the timetabling office, the pharmacy department moved back into one of the rooms in the EM building on Thursday January 10, but all the departments were so lucky. 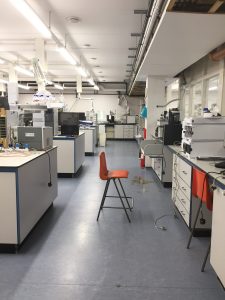 The flooding affected the ground and first floor 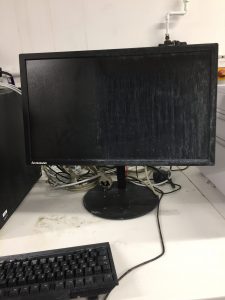 Some equipment failed the electrical tests 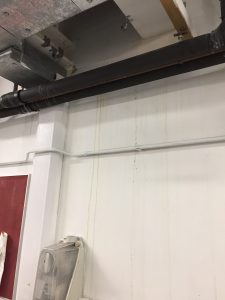 Water damage has stained the walls

“Our sports labs were very badly affected but KUSCO [KU management company] and the technicians are doing an amazing job to get it all back up and running. It’s just devastating though to see such destruction very sad for all of us,” said a lecturer.

“Obviously the lab sessions are unable to happen for now but we have been given solutions to do some work that would need the labs,” said Harry Syrett, a sports science student.

Staff told Syrett and his classmates that the labs would open again in two weeks and they were offered laptops with the software they need to use as specific computer programmes were in the labs.

The University said: “They will now be inspecting other pipes in the building and replacing any of a similar age as a preventative measure.”