Kingston men’s firsts dominated Brighton’s men’s fourths for the second time this season in an emphatic 9-1 victory at Tolworth Park on Wednesday 30.

A double sending off on the 47th minute meant both teams were reduced to ten players, this after Brighton’s goalkeeper was forced off on the third minute after a collision with Headley. He was replaced by an outfield-playing substitute.

“Our target after last week was to create more chances and convert them; we did that by scoring nine goals so that was a great response from the boys,” said coach Besim Ali.

Headley, who was celebrating his 23rd birthday, opened the scoring on the 4th minute. Tavares passed a perfectly weighted through ball to Headley, who slotted the ball past the inexperienced keeper.

Jack Connelly crossed the ball for captain Kotting McMillan to tap in on the 6th minute and four minutes later Tavares got a goal of his own with a fine strike from a free kick just outside the box.

Tavares and Headley, who were constant threats throughout the game, combined again on the 26th minute when Tavares crossed the ball for Headley to tap in.

“We’ve got three games left. At the start of this season I said I wanted eight goals and I’m on nine so to press into double figures would be nice,” said Headley.

Brighton’s midfielder James Reyes scored a consolation goal after a cross into the KU box, heading the ball past goalkeeper Reece Harper.

The second half started with controversy when a late tackle by Simon Salomone caused tempers to rise between him and the Brighton attacker and the referee sent both men off for violent conduct.

Thapa Magar continued the scoring on the 57th minute with a thunderous volley from outside the box and on the 67th minute substitute Adjei added to the scoring from the penalty spot after he was brought down on the edge of the box.

Adjei added to his scoring tally on the 76th minute and just two minutes later his hat-trick was denied by a Brighton defender who managed to clear the ball off the line.

Kotting McMillan scored his second of the match from a corner, moments after Adeji’s miss, the tall centre back was brave in the box and was rewarded with an uncharacteristic brace.

KU were desperately hoping to score 10 past their shell-shocked opposition and Awu scored the ninth on the 80th minute after a cross from Kehinde Aliu.

“We are focused on getting our points and results and we see it that when we do play Royal Holloway that if we beat them, we could win the league,” Ali said.

Royal Holloway winning their fixture prevented Kingston from going top of the league but with a game against RH on February 20 the chance to win the league is still very much alive for KU.

Kingston’s next game is on the February 6 at home playing London School of Economics 2nds who they just lost their unbeaten streak to in the last fixture, a win could mount the pressure on Royal Holloway ahead of their meeting. 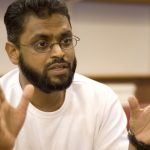 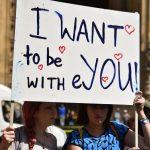