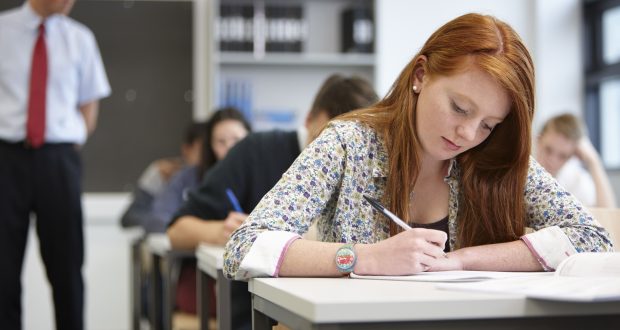 Students are not achieving their predicted grades at A Level Photo: REX features

Kingston University has been slammed by critics for offering one in four UK 18 year-old applicants controversial “conditional unconditional” offers making Kingston the third highest for these types of offers in the UK.

‘Conditional unconditional’ offers are where entry requirements are dropped if the university is chosen as the firm choice.

Chairman for Campaign for Real Education Chris McGovern said: “What Kingston University is doing is immoral and they should hold their heads in shame. This is not the way we need to run our education system and I would much prefer for some of these university to be closed and become technical colleges.

“It is unacceptable and they need to held responsible, it brings the university in disrepute and it will be damaging to the universities prospect of survival.”

The report showed numbers for British students who have come from higher education at age 18 and did not include mature or overseas students.

A KU spokesperson said: “The University last year introduced an unconditional offers scheme in response to applicant demand.”
Kingston universities applications have declined by over 10,000 since 2018 suggesting that the universities ‘conditional unconditional’ offers could be a recruitment technique.

The expected grades needed to warrant an unconditional offer nationwide have dropped from AAA in 2014/15 to BBC in 2018, however, applicants with unconditional offers on average missed their predicted A-level grades by two or more points, according to the study by UCAS.

Students predicted grades are often set higher than the student can achieve to help them get into university meaning that most students do miss their predicated grades.

Blessed Robert Sutton Catholic School Head of Sixth Form Angela Burrows said: “I have had several conversations with students about the importance of their A level grades once they leave university but feel my advice is falling on deaf ears. I have to admit to being fed up with the universities for doing this as I really feel like it’s just a fight for seats mentality by bribing students with these offers.”

Nationally, in 2018, just under 23 per cent of 18 year-old students received at least one unconditional offer compared to 2013 where only 1.1 per cent did.

English language student Lauren James said: “Getting my unconditional offer for Kingston was a great achievement but it demotivated me from performing as well as I could in my A-levels. I was tired of being stressed and knowing I had a place at University left me feeling complacent and I ended up missing my predicted grades in all three subjects.”

Recruitment officer Jack Nuttman said: “With so many people going to university in recent years, it is often hard to recruit on degree classification alone. Often it can come down to looking at the applicant’s A-level grades as most applicants will have attained at least a 2:1.”

Universities use unconditional offers across many subject areas both as a recruitment tool and to “widen participation and access, and to assist vulnerable students”.

Over 60 per cent of students nationwide who received ‘conditional unconditional’ offers said that it had a significant impact on their decision of firm choice in 2018, according to the UCAS study.

Computer science student Danny Keenan said: “Kingston was actually one of my last choices but when they gave me an unconditional offer with a foundation year and it went up to the top choice, otherwise I wouldn’t have come to Kingston at all.”

Mechanical engineering student Emily Spellman said: “My offer changed from a conditional to an unconditional unexpectedly after I put Kingston as my firm choice but it never stopped me trying hard for my A-levels because I wanted the grades to prove myself to everyone who said I couldn’t do it.”

Some students also receive unconditional offers based on auditions, portfolios and interviews relating to their chosen subject.

“The selection process for making such offers is based on a careful review of undergraduate applications. Depending on the subject area, applicants may need to submit portfolios for review, attend an interview or provide evidence of previous experience in relevant areas in their personal statements,” said a KU representative.