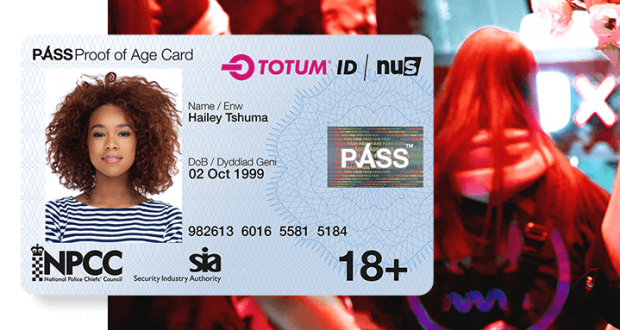 Written by Natalie Crookham on November 11 2019

Students at Kingston University are intrigued after the first-ever student card with digitally issued PASS accredited ID has launched in the UK this autumn.

TOTUM, a student discount card and app, has partnered with the National Union of Students (NUS) to launch a new version of the NUS extra card, TOTUM with PASS accredited ID.

Joe Beadle a third-year interior design student said: “This would be super useful and a more cost-effective valid ID.”

He owns a NUS extra card and has done since he was 16 but currently uses his passport for identification because a driving license is too expensive.

The TOTUM card offers national and local student discounts as well as being a nationally recognised form of identification.

The card means that students will not need to carry their driving licence or passport with them to prove their age.

Sarah Bottomley, director of marketing and brands at TOTUM said: “The PASS ID element has been added to our TOTUM bundle as part of our ongoing efforts to digitally adapt to the times with a well-rounded, affordable and convenient offering.”

To apply students need a valid form of official identification, a passport-style photograph and a video of themselves.

This is then verified by TOTUM before the ID card is created and shared.

Third-year Publishing and English Language and linguistics student Eden Graham has had an NUS extra card since she was at college and regularly uses it when shopping.

“Sometimes if I forget my student ID I will use my NUS instead, but mainly just for discounts,” she said.

Graham also uses the TOTUM app which works in conjunction with the traditional NUS extra card.

She has not considered upgrading because she is satisfied with the current discounts she receives and is sceptical about digital identification.

“I have heard stories of those forms of digital IDs not being accepted so I would rather not risk it,” she said.

President of NUS Zamzam Ibrahim encourages all students to sign up and upgrade their existing cards.

She said: “This is forward-thinking in a time when PASS accredited ID is required in so many instances during a student’s life, whether it be to prove their age or register to vote.

“It is a proactive way of engaging in social activities, making sure you get that discount and ensuring your voice is heard in polling stations.”

The TOTUM card costs £14.99 for one year’s membership and can be purchased at www.totum.com