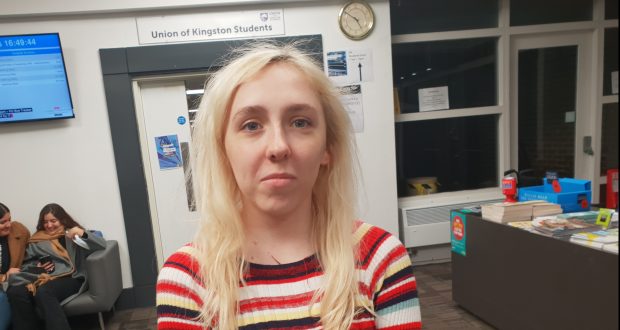 Few nominations for the student council election at Kingston University

The deadline to vote for the student council representatives ended today. However, only nine out of 22 roles had more than one candidate.

All Kingston University students were entitled to run for the different positions in the council with nominations ending last Wednesday.

Head of Student Voice at Kingston University, Natalie Forrester said that the number of people running had improved since the previous year: “Last year was our first year of Student Council elections and there were four roles that were unfilled. This year we only have two roles unfilled (at the moment).”

According to Forrester the union have attempted to build more awareness around the student council and mentioned some of the specific things they had done: “We took feedback from last year student council members, had stalls at freshers fair and on campuses as well as working with University departments that specifically support underrepresented groups,” she said.

Third-year Politics and International Relations student Emma Campbell is the only candidate for the role of Women’s Community rep.

Campbell decided to run after someone said they thought she would be good for the role: “As a student ambassador, I speak with a lot of people and it makes me aware of different issues and concerns that affect women and non-binary people, which made me think I could do a good job.”

Even though Campbell is running unopposed it is not a done deal that she will get the role: “People who are part of the Women’s network have the opportunity to either vote for me or vote to recast the ballot, which would open it up again for new nominations.”

Campbell thinks that the reason to why students have chosen not to run, especially for the different community roles, can be due to the lack of awareness of the communities themselves, as well as the student council.

“Some people might think ‘well I didn’t even know about the community, what have the community ever really done for me’ or they just don’t know what running means.”

The student union are prepared for the possibility of certain roles not being filled: “Any role where there has not been a candidate, our bylaws allow for us to run a by-election at a later date or co-opt positions to the Student Council. This will be discussed at the first Student Council meeting,” Forrester says.

The election ran from November 7 – 8 and ended at 5 pm today. The results will be announced on Monday 11. November at noon.

What you need to know: