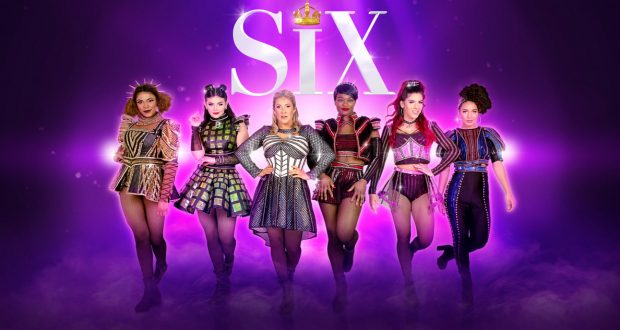 I will admit, I was sceptical.

I mean the last time I heard a song that started with “Divorced, Beheaded, Died” was on the children’s TV show Horrible Histories.

And I did not think it could get any better than that.

But from the moment those Queens strutted onto the stage, I was hooked.

Last week, SIX the Musical came to Kingston’s very own Rose Theatre to bring a bit of historical flavour back into the town.

Starring an all-female cast and band, the play is described as a Historemix, focusing on the six wives of Henry VIII and revamping history to take the Queens out of the backlight of the former King of England.

Each Queens is beautiful, sexy and powerful. They sing of female empowerment with crude jokes made at the expense of the larger than life former king.

The show is funny, catty and slightly heartwarming. With costumes so unique, and a simple stage setting, the Queens rely on their vocals and on-stage interaction to drive the narrative and keep the audience engaged.

That is not to say that it does not get a bit cringy in the end when they practically force their message of female solidarity onto their captive audience.

But with the show only being 80 minutes in length, I will allow for the performers to explicitly hit the nail on the head.

Yes, there were songs about dying in childbirth, losing heads and living a swanky lifestyle in Richmond, and many of them touched upon a darker note, pulled together by powerful performances.

The tones of female eradication within history, the overt sexualisation of these women in the past, and how they took back control hit very close to home and shows a reflection of today’s consensus.

It gave me goosebumps.

Herstory is empowering, original and has appeared at a relevant time in today’s society. Who says history cannot rock-pop?

And as the Queens say they “have a voice” and boy, do they use it.