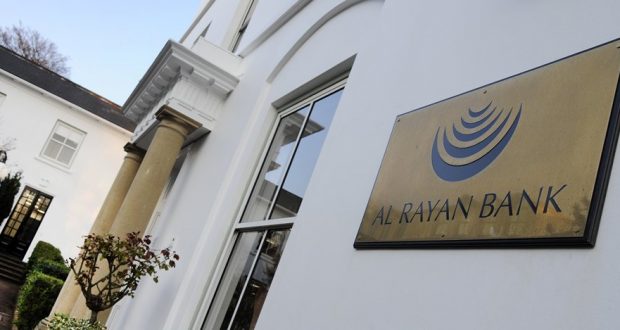 Written by Suyeba Aslam on December 4 2019

For thousands of students, the burden of having to pay off their student loan will be a weight they will carry decades.

Some students can avoid it if they have wealthy parents but for some, not taking a loan is a personal decision born out of religious devotion.

Many Muslim students at Kingston University are not taking out loans due to the fear of committing haram acts.

Defined by Islamic sharia law, the word ‘haram’ is used to define acts that are forbidden, such as taking out a student loan that is done to avoid the worries of falling into ‘riba’- also known as interest.

KU student, Halimah Khan, 18, told the River that she chose not to get a student loan, not only due to Islamic reasons but also because she is currently living at home and did not feel the need to have the extra money.

“It was quite an easy decision as I knew I would not struggle financially, therefore, it would’ve been extra money for me, so taking out a loan would have allowed me to sin- something that I’d rather avoid especially when it wasn’t necessary.”

Future plans of buying a new car or a  family home are all struggles that Muslims have to encounter as many are left in a predicament of having to choose a mortgage or loan.

“In the future, I will most likely have to get a mortgage which although is against the religion if I want to own a house, I will have to do it unless I rent, which I personally wouldn’t want to do,” said Khan.

Some students are able to have the financial support of their parents, who provide them with sufficient funds to get them through the academic year.

Many others choose to work part-time along with their studies as well as developing money management skills.

Khan adds: “I can afford life at university, as my dad is able to help me afford transport and food.”

“The other alternative is that I get a job –  which is also a way I’d hope to repay my loan if I were to take one out.”

The Arabic origin of the noun ‘riba’ derives from the verb ‘raba’- which translates as ‘to increase’ or ‘to grow’. It is used in context towards any kind of loan such as student loans, home loans or credit card debt.

Interest is prohibited in Islam as it prevents all fairness within financial exchanges. The religion promotes charity and generosity while charging interest is perceived to do the opposite.

According to investopdeia.com: “By making riba illegal, Sharia law creates opportunities and contexts in which people are encouraged to act charitably—loaning money without interest.”

Sheikh Asif, residing imam of Edgware Mosque and Islamic Cultural Centre says informed that in this day and age it is very difficult to avoid any kind of interest.

However, there are potential ways of financially aiding your way throughout your time at university.

“Alternatively there are money transfer credit cards. Some banks offer a zero per cent interest rate, in which you are usually given a reasonable amount of time to repay it all back.”

Although the concept of taking out a loan is haram for Muslims, it is also not the only reason as to why a student loan has not been taken out.

There is a contrasting view for Muslims who choose to take the path of taking out a student loan.

As well as helping them get through university, few choose to use their loan as a means of saving money for the future.

Ikram-Noor Ahmad, law student says: “I am making use of my student loan by saving it for future purposes. I am currently studying law and hope to soon open my own firm.”

According to UK based Islamic bank- Al Rayan halal banking functions are in accordance with three core principles of Sharia law.

That being Ijara (leasing), Musharaka (Partnership) and Wakala (agency agreement) “to develop Sharia-compliant financial products, such as savings accounts and home finance, which allow Muslims to conduct their finances in an Islamic way.”

With the current option to take out a student loan, the UK government is yet to introduce a concept of halal student loans.