A Kingston University student whose brother was stabbed in her own home has advised anyone who has been affected by knife crime to speak to someone if their mental health has been affected.

Esther, a first-year international business student, suffers from anxiety after witnessing the stabbing of her brother when she was just ten-years-old.

“My advice to anyone who goes through something similar is that although it’s hard to witness these things happening and they’re strong for getting through it if it really bothers them or affects their mental wellbeing they should speak to someone about it. I didn’t until it got really bad,” she said.

In 2010, loud banging at her front door in South Norwood prompted Esther’s mother to open it where she found a group of men.

“They started calling for my brother John* but he wasn’t downstairs at the time. Instead, my other brother Ben* was,” Esther said.

John, who was 19 at the time, had gotten involved with the “wrong people” and was into drugs. He made comments about one member of the group’s mother and sister, describing them as “tramps”. Instead, it was Ben that was stabbed by the group.

Stabbings can be fatal although they do not always result in the loss of life. Instead, people can be left deeply traumatised, whether they were the victim or a witness.

“He’s still alive but to this day every time, someone knocks on the door, even just once I get anxiety attacks.

“Last time it was an electrician and I started having a panic attack. My mum had to call my neighbour to help out.

“It doesn’t matter how many times I tell myself it’s no one that wants to hurt me, I really can’t help it,” she said.

Whilst counselling helps some people, it can be difficult to find someone who you connect with to delve further into the trauma.

Esther said she used to be on medication but found it didn’t help her and described counselling as “too robotic”.

She said: “I felt like the person I was talking to wasn’t really listening.”

Ben, who was 20 at the time, did not know the people who stabbed him and his relationship with his brother grew very “hostile” following the incident.

During 2017-18, Kingston saw just 93 knife crime incidents compared to Southwark which had 860 incidents.

Knife crime stats are on the rise but there are ways to keep yourself safe.

The Met Police advise making sure your phone is charged, someone knows where you are going and to be vigilant.

*names have been changed to protect the identities of the persons involved. 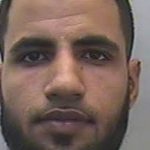 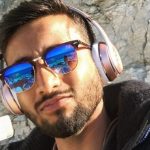