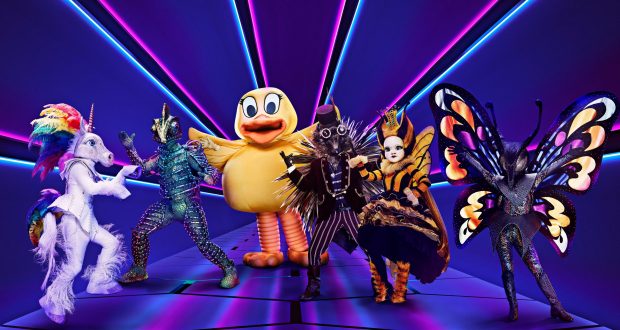 Written by Aimee Miller on January 8 2020

Once the New Year hits, there is always a lull in TV viewing, and channel hopping is one of my favourite past times.

Last weekend, I was again switching between channels, and boy, if a bedazzled rainbow unicorn trotting on stage singing Kate Bush’s Babooshka does not catch your eye, then nothing will.

The show was ITV’s latest entertainment programme, The Masked Singer, where lesser-known celebrities, donned in extravagant costumes and masks, sing to a panel of four judges who try to guess their identity.

It was weird, it was disappointing, and I had seen it all before (and I am not talking about the American version).

Adapted from the Korean TV show, King of Mask Singer on MBC, it lacked everything that made me love the original.

Korea is known for their wacky entertainment programmes and game shows, and it is not so out there to see your favourite idol running around like a lunatic on the game show Running Man, or competing to find the tone-deaf singer on I Can See Your Voice. Wearing a mask while singing to a panel of judges is perhaps one of the tamer programmes currently airing.

The entire concept of this show is grounded in an already existing Korean TV entertainment culture and being taken out of that context and placed onto British TV, just does not work.

Korea has an enormous fascination and dedication to their idols, and King of Mask Singer caters to that. Introductory interviews both before and after being unmasked show a deeper side to the idol and play on the viewer’s demand for emotion from the beloved celebrity.

And that is where the UK’s The Masked Singer fails. The only interview we get is at the beginning through a distorted voice briefly dropping cryptic clues so we can guess who this second-rate celeb is. And once unmasked, the screen goes black and on rolls the next program.

Another place The Masked Singer falls short is in its judging panel: TV presenter Davina McCall attempted to lead lifeless chatter between the judges; Comedian and TV show host Jonathan Ross blends in with the background so much that I forgot he was even on the show; Singer Rita Ora is so obviously there to provide comment on the vocal talent, and comedian and Hangover star Ken Jeong, one of the panellists on the American show as well, continues to beat a dead horse with his overly enthusiastic catchphrase “I know who it is” when he quite clearly has no clue.

The chemistry between the UK judges does not flow. On the other hand, King of Mask Singer has around a dozen panellists, both comedians and musicians. Their friendship is one of the best parts of the show, already having worked together on other programmes, and their ability to work together to provide humorous banter, and also specialised vocal knowledge, to deduce who the masked singer is unparalleled.

What makes it worse is that Jeong was even a contestant on King of Mask Singer dressed as a golden pig singing Creep last January. He was there to witness first-hand the amazing chemistry these panellists had and continued to provide his wooden performance.

It is sadly comedic how they keep guessing A-list celebs as if Adam Lambert would take time out of touring with Queen, or Murder She Wrote star Angela Lansbury would dress up as a butterfly to perform a vocally impressive You Got The Love.

Of course, viewers will be disappointed with the cast of C-list celebs. At least the Korean show featured A-list stars. Before pop group BTS became popular worldwide, member Jungkook took to the King of Mask Singer stage, highlighting him and his group as upcoming artists to look out for.

Heck, even Deadpool star Ryan Reynolds appeared on the show in a lesser bedazzled unicorn costume. If you are expecting an A-lister like that to make it to the UK final, then lower your expectations.

Again, there are small points that make the UK show inferior to the Korean. The structure of the show is drastically different. In the Korean show, masked singers are continuously rotated after a couple of weeks, their costumes and masks are a lot less extravagant, and they not only compete to win but to dethrone the previous crowned King.

The UK show follows a set cast of masked singers in a wooden structure, that much resembles X Factor or The Voice, which is leaving viewers more confused than anything.

I expect to see more Korean shows making their way across the pond, (for example; BLACK PINK and BIGBANG’s Coachella announcement or the series The Good Doctor) – but here’s hoping they’re done with a little more finesse.

Still, it makes for okay post-New Year TV viewing. Now I have just got to work out who the bedazzled rainbow unicorn is. My bets are on John Barrowman.