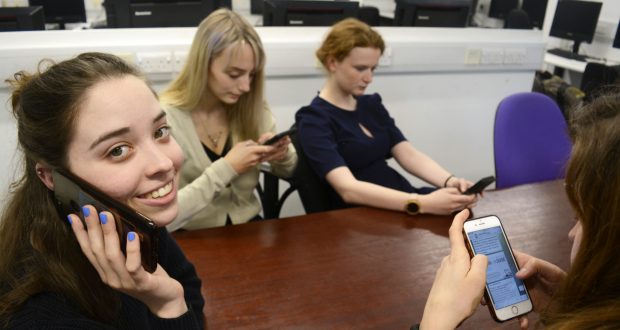 Generation Mute: Why do anxious students not pick up the phone?

Written by Steph Spyro on February 4 2020

For many people, when their phone rings and an unknown number pops onto the screen, they will just ignore it and text the person back. Sound familiar?

Generation Z, people born between 1995 and 2015, are a particular fan of this form of communication, or lack thereof. Known as Generation Mute, they have traded the melody of voices for the buzz of Messenger, WhatsApp, and Snapchat.

But this was not always the case. Before 2014, calling was actually the preferred method of communicating among youngsters, according to a worldwide public opinion poll by US-based company Gallup.

Now, the Office of Communications says that only 15 per cent of 16 to 24-year-olds consider calling the most important method of communication, compared with 36 per cent who prefer instant messaging.

There are lots of benefits to texting, but not picking up a call also comes at a cost.

Third-year media and communication student Naz Manarbek, 20, says that she lost out on a job because she did not answer when the company wanted a phone interview.

“Some random number called me up, and because I didn’t recognise it, I didn’t pick up. Then I started thinking about who it could be and Googled the number. Afterwards, I found out it was the company I had applied for.

“I didn’t get the job, so I don’t know if the two were related, and it was a company I really wanted to work for,” says Manarbek.

Is this phone-phobia exclusive to Generation Z? Apparently not.

Scott Wilson, Professor of media and communication at KU, says: “I think that almost any generation previously has found conversation to be a challenge, particularly with people that aren’t their family or friends. 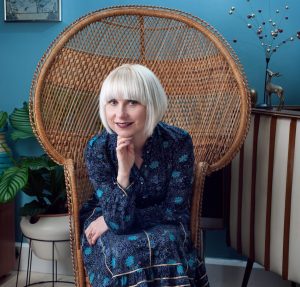 Blogger Kate Beavis has missed interviews because she did not answer the phone. Photo: Kate Beavis

“If it’s somebody they don’t know or someone that is older than them or somebody that is in particular authority, it’s more difficult.”

Blogger and marketing manager Kate Beavis, 47, can testify to this. She says that even those part of Generation X (those born between 1965 and 1980) are wary of a ringing phone, and in her case, it cost her an interview with award-winning journalist Victoria Derbyshire and Channel 4’s Kirstie Allsopp.

“The times that I have recently picked up the phones, I’ve instantly regretted because it’s been somebody trying to sell me something.”

One thing that both Manarbek and Beavis have in common, who are seemingly separated by a whole generation, is their preference for text.

Professor Wilson made a good point in saying that texting is actually much slower than talking on the phone.

He says: “You have to ask yourself what the benefits are?” The answer? Control.

“People liked that they didn’t have to respond immediately. If the phone rings, you have to answer, but [with texting] you could think about it. Take your time.”

For Generation Z, a cohort plagued by anxiety, this desire for total control provided by texting makes sense.

Even Beavis says that her anxieties might have played a small role in her aversion to picking up the phone.

“I don’t like it when I don’t know who’s ringing and I’ve got to pick up the phone. I don’t become anxious as such but think ‘what are you ringing for and who are you?’”

He says that these anxieties explain why texting, much to everyone’s disbelief, became popular in the 80s and 90s with the introduction of the first mobile phones.

This seems to be a trend among KU students. Third-year English literature and creative writing student Rochelle McIntosh, 21, says that her anxiety often gets the best of her.

While applying for a part-time job, she says: “I convinced myself that I didn’t need it because I already have a job, but really, I was just anxious about the phone call.”