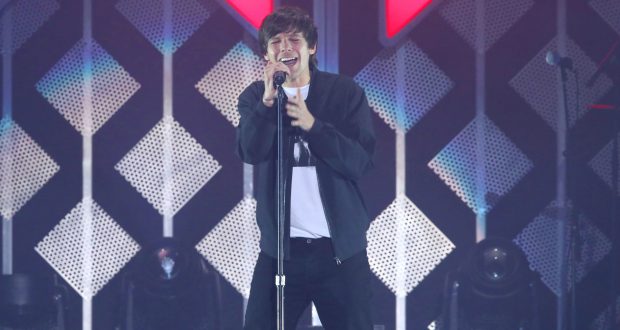 Written by Chloe Wright on February 6 2020

Given the death of his mum and sister in quick succession, Louis Tomlinson’s debut solo album Walls was never going to be the cheeriest.
The 12 tracks explore love, pain, sadness, angst, and are remarkably different from his work with pop-group One Direction.

Despite the subject matter, the album has an indie pop-rock vibe to it and is a very easy listen, with Tomlinson having taken inspiration from early noughties artists like Oasis.

The first track, Kill My Mind, is an explosive start to the album with Tomlinson singing immediately with no introductory music.
The upbeat backing track completely contrasts to the moody lyrics.

Don’t Let It Break Your Heart is what I can only describe as a feel-good break-up song.

Tomlinson said it is a song about invoking hope, and his voice is incredibly raw, which sounds better than the first track.

Two of Us is by far the saddest song on the album as it is about the death of his mum, Johannah Deakin, who died in 2016 of leukaemia, and how he will now live one life for the two of them, to honour her and make her proud.

It is the first song on the album where he takes a pause while singing as if collecting his thoughts and emotions before continuing with the rest of the song.

The fourth song, We Made It, reminded me of Wonderwall by Oasis with a similar guitar strum pattern and angst-filled lyrics that are half-spoken, half-sung.

The track highlights his success in his career and is far more upbeat – a fitting song, meaning, and title for what, so far, has been a successful debut album.

Too Young starts with the chorus, which is the only song to do so.

The guitar pattern reminded me of very early One Direction and was quite repetitive in a similarly childish way.

Lyrically, it explored the idea of falling in love at a young age but not being ready for the responsibilities.

Title track Walls was the halfway mark and is a fitting title for the album which explores emotions and the idea of building walls so other people cannot see into your life.

It is a song with a lot more positivity, suggesting that every struggle in life is worth going through, which is very reminiscent of the previous song Don’t Let It Break Your Heart.

Habit has a similar sound to band Scouting For Girls, but like Tomlinson’s previous song Too Young, Habit has used a lot of repetition which took away from the originality of the album.

Always You was similar to the first half of the album with a dance vibe in which Tomlinson was able to show off far more of his vocal ability.

The gang vocals on the track added a refreshing sound not explored previously.

The song Fearless experimented with alternative sounds which meant it was probably one of the best-produced songs.

The use of chatter and echoes at the beginning of the song made it audibly pleasing, and the slow keyboard contrasted with his loud vocals well.

Perfect Now was quite disappointing, and despite finishing the song with some loud, and powerfully sung vocals, this song was a noticeable turning point on the album.

Defenceless was quite bland, but the lyrics reinstated the vulnerability running throughout the album which left the album feeling as though it had come full circle. This would have been a better song to finish the album on.

The final song, Only the Brave, had a harsh guitar strum accompanied by crackling which made it have a different sound to anything else on the album, and was ultimately a disappointing conclusion.

His album is out on all major streaming platforms and in shops worldwide.