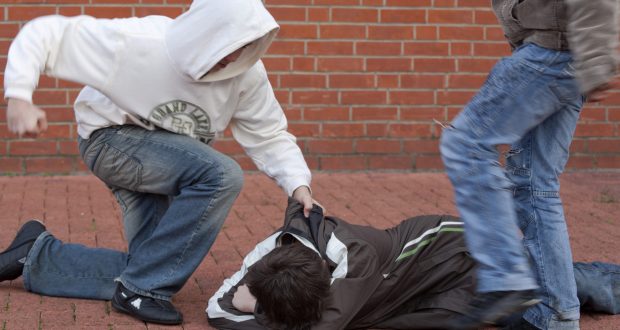 Kingston University records 53 acts of violence by students since 2016

Kingston University has disciplined at least 53 students who committed acts of physical violence against other students or university staff since 2016.

Third-year media and communication student Giulia Gidoni, 21, witnessed two girls “beating the hell out of each other” at a party during her first year of university while living at Seething Wells in 2017.

“We heard screaming, really loud screaming, to the point where we were like ‘okay, maybe someone’s partying’, but then the screaming was super persistent,” she said.

She and some friends followed the horrific sounds around the corner where they saw the women fighting.

“My God, I’ve never seen anything like it. It started one-on-one and then it was two-on-two, to the point that they were on top of each other on the floor. There was blood and hair everywhere.”

The River requested these statistics after the Complete University Guide, an independent guide to UK universities, urged the Office for Students (OfS) to consider compelling universities to collect and publish statistics on crimes so potential students could make more informed choices.

During the academic year 2017/18, two incidents of violence against staff were reported to KU, one up from the previous year, while the number of violent acts between students dropped slightly to 11.

For the same year, violent acts listed as “other” had risen to eight.

The University confirmed that “other” meant the incident involved a student and a member of the public that was not part of KU.

The number of students who faced disciplinary action by the University in 2018/19 dropped to just 10, with eight students using physical violence against students and two incidents listed as “other”.

Staff disciplinary records showed that there were no records relating to acts of violence of any kind by staff.

KU did not share the location of the incidents and said some of which may have taken place “away from university premises”.

They also said the data was taken from student disciplinary records.

This comes as KU is just one of five universities in the UK that compiles data on crime.

KU has not clarified what it meant by acts of violence, but other universities include threatening behaviour or verbal assault.

A spokeswoman for the University said: “Kingston is an extremely safe place in which to live and study and is one of the safest boroughs in London, according to the Metropolitan Police.

“In the Complete University Guide 2018, Kingston University was listed as having the third-lowest level of relevant crime in London.

“The University takes the personal safety of its students and staff very seriously, working closely with the police to provide guidance on how to keep safe on campus and in the local area.

“It has a range of measures in place to ensure the safety of its students and staff, including a 24-hour campus security service and the added protection of CCTV across all our sites.”