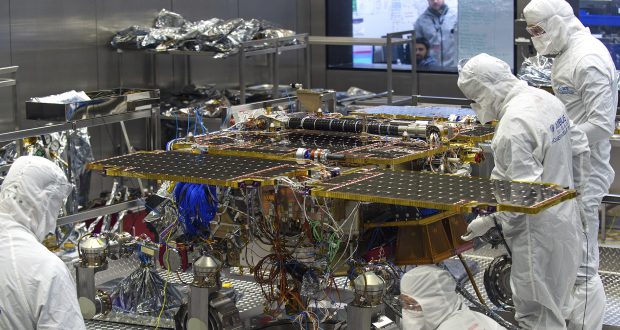 Engineers testing the rover in France

A Kingston University engineering graduate has played a leading role in the construction of Europe’s first Mars rover designed to find evidence of life on the planet.

Mahilal De Silva, 43, has been building the six-wheeled robotic vehicle for two years before it is due to blast off Earth in July and land on the Red Planet eight months later.

De Silva graduated from KU in 2000 and said that being part of the ExoMars project has been a “dream”.

He said: “When I was younger, I was fascinated by space and the question of whether we were alone in the universe. Working on this mission has been a dream come true.” 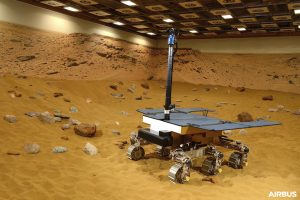 Testing the rover on terrain similar to Mars’ surface

The ExoMars project – a joint mission of the European and Russian space agencies ESA and Roscosmos – has been primarily based at Airbus’ Stevenage facility since construction began two years ago.

Now, the rover named Rosalind Franklin, after a British pioneer who discovered the structure of DNA, will launch off from Kazakhstan once it has undergone successful testing in Toulouse, France.

Once there, it will use a 2m drill to dig into the ground in a bid to find living or fossilised microbes.

But getting a rover to Mars does not come without its challenges as De Silva revealed that he spent one-and-a-half hours putting on hazmat suits every day.

“A key challenge for us was the need to construct the rover in completely sterile conditions, which meant the entire team had to be fully covered in special garments to prevent any contamination,” he said.

“Keeping everything clean was paramount, and while it was difficult working in full suits, we mastered the process and soon got used to it,” he said. 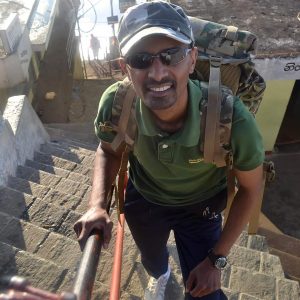 De Silva said: “A project like this presents a serious engineering challenge as this is something that’s never been built before in Europe.

“Before this build, I was working on BepiColombo, the European Space Agency’s science satellite mission to Mercury, which was equally amazing to be part of.”

The ex-KU student said that there is no better time to be an aerospace engineer and hoped to inspire the next generation.

“It’s fantastic to see the nation’s space industry growing as it has in recent years. My advice to current aerospace students would be to make sure they understand their capabilities, believe in themselves and set clear targets for their careers,” he said.

“It’s a specialised industry, so learning the engineering fundamentals, while developing hands-on experience is crucial. But most of all, they should enjoy it, and demonstrate the passion they have for what they do.”

He added: “My degree at Kingston University gave me a really strong technical grounding and so much confidence as a young engineer.

“It provided me with a great foundation to move into the space industry, build on the skills I’d learned and end up getting the opportunity to work on projects of this magnitude.”