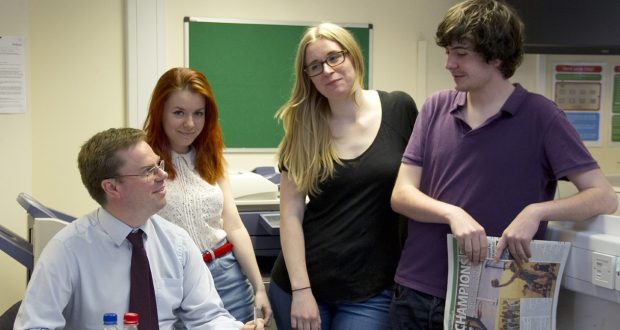 Dan Townend with The River's 2010 group

Although the names of KU’s journalism students always end up in the paper, there has been one name behind it all – Editor-in-Chief Dan Townend.

After 13 years and 102 issues of The River, the associate professor will be leaving Kingston University at the end of March, making this his final issue.

Head of journalism, publishing and media Beth Brewster said: “Dan joined the journalism department in 2007, half-way through an academic year, and got stuck straight into helping the students produce The River and making it into a good newspaper.

“This dedication has never waned. Dan’s passion for news is infectious, and he has inspired so many Kingston journalism graduates.

“I wish him a very fond farewell and good luck for the future. Dan will always be a part of The River newsroom, and we will miss him.” 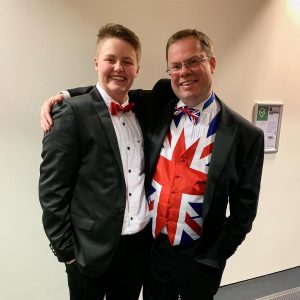 Townend, 48, spent countless nights holed up in the newsroom with students until the papers were sent to the printers – undoubtedly followed by a trip to his favourite local pub, The Spring Grove.

The proud Yorkshireman defended every student outside of the newsroom and supported them through some of KU’s most controversial stories.

The lawyer, the lecturer, and the leader of the newsroom nurtured generations of journalists.

As a testament to his exceptional teaching and care for students, The River has won multiple awards including Best Student Newspaper in the Guardian Student Media Awards in 2010.

During his tenure, he has taken students under his wings, and they have flown within the journalism industry.

Some students went on to have glittering careers at the Wall Street Journal, become assistant editor at MailOnline in Sydney, and even won London Press Club Digital Journalist of the Year in 2016.

The River thanks Townend for all his work.

The River on Linkedin">