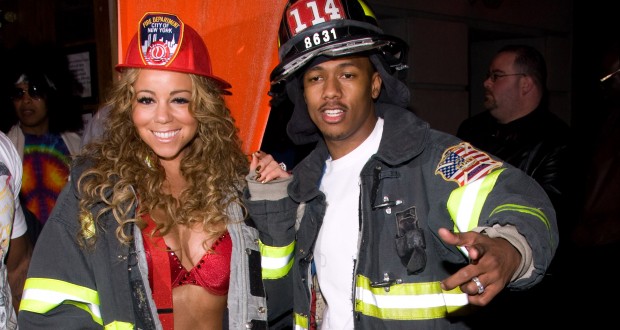 Written by Tone Bergheim on December 5 2014

As a young female in today’s society, I am constantly bombarded with pictures, opinions and thoughts on how I should look, dress, behave and present myself. I am told that I should not dress too revealing, because that would indicate that I sleep around, and that I should not cover up too much as that would signal that I am boring, stuck up and shy. But this is not the case when it comes to Halloween.

To make my point clear I am taking a quote from the famous chick-flick, Mean girls. “In the real world, Halloween is when kids dress up in costumes and beg for candy. In Girl World, Halloween is the one day a year when a girl can dress up like a total slut and no other girls can say anything else about it.”

Looking around a costume shop, you will find the department to be divided into male and female sections. On the male side you will see costumes such as police officer, fireman, chief, referee, sailor, mafia boss, cowboys, and doctors and so on. The female side of the shop will have the same options; however, there is a slight difference. They will be labelled; sexy police officer, slutty sailor, hot nurse and in light of recent events, there is even a sexy Ebola nurse costume on the market. But what is the most ironic part? The amount of fabric will be three times less and twice as expensive.

What happened to the days when the ultimate costume was a unicorn one-piece or a fabulous princess dress while trick-or-treating? Nowadays it seems that girls as young as 12 and 13 parade around in crop-tops and hot pants. Are we pushing the ideal that you have to wear the minimal amount of fabric possible to be considered attractive?

The feminist in me wants scream at the top of my lungs how prejudiced this all feels. If you ask me, this is one situation where less is not more. A majority of the costumes consists of less fabric than a set of lingerie. Most women would not wander out in their underwear on a regular night out, so why do the costume companies seem to think that that is the only way we wish to dress on Halloween?

There is a certain social pressure that comes with being a woman. There are certain expectations you are meant to live up to. But if a pink playboy bunny suit is not your thing, then leave it at the store. Halloween is a night of freedom – you can put on a mask and disappear in another world. But remember, you will always wake up on 1 November and see the pictures of the night before. What happens on Halloween will eventually come back and haunt you.