Kingston street pastors, who help students on nights out in Kingston, denied a KU student to join their team because she is not a Christian.

Jewish second year film making student Roos van Pinxteren was told she could not be a member of their team because of her beliefs.

“I wasn’t really sure how to react,” she said. “I think initially I felt quite disappointed and maybe a little bit frustrated. I wasn’t sure whether they were allowed to do this or not.”

After seeing the street pastors hand out sandwiches and bottles of water in the middle of the night, Miss van Pinxteren (20), who has volunteered for both Jewish and non-religious organisations in the past, felt inspired to become a member of their team, and got in touch with them over the summer.

After freshers fair, she emailed the pastors again, and they sent her an application form which asked for a reference from a pastor.

“What I found most odd, I guess is that they didn’t deny me membership because I am not religious, but because my religion is different than theirs.”

Paul Jacobs, the Kingston street pastors coordinator, said the main reason the group does not allow non-Christians on their team was the lack of unity in the team he feared would exist.

Mr Jacobs explained: “As a team, we come together, we pray, we have one mission, one thing that ties us together, and if we had people of different faiths or atheists, we probably would not hold that together.”

The pastors, in Kingston organised from the St. Peter’s church, go out at night to help people on the streets outside clubs. The young, drunk people are mostly students in Kingston.

But the street pastors do not preach on nights out, unless they are asked to. Faith is not their main mission on a night out, it is protecting the vulnerable, MR Jacobs explained.

In order to join the street pastors, an applicant must have been involved with a church for at least a year.

“We would expect that it would be someone who is reliable. They would want to come under the authority of the church leaders.”

Anyone who wants to get in touch with the street pastors about volunteering or donating can email Kingston@streetpastors.org.uk 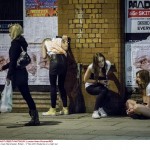 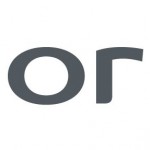