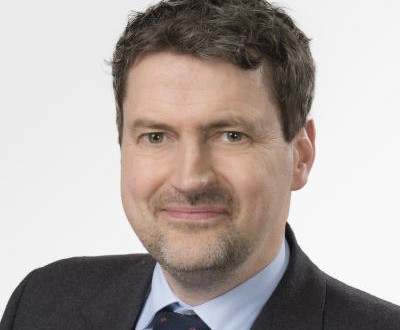 Labour candidate thinks he can be a contender with students’ help

Written by Taryn Tarrant-Cornish on December 5 2014

Labour candidate Lee Godfrey believes he can overcome the odds with the help of the student vote at the 2015 General Election.

Mr Godfrey recently topped a political poll conducted by The River, with 45 per cent saying they plan to vote Labour in the May election.

He said he believed Kingston students’ vote will have a decisive impact on the outcome, given the proportion of the seat’s constituents in full-time education.

Mr Godfrey said: “I think the student vote will be crucial in deciding this constituency.”

After doing some calculations of his own, Mr Godfrey thinks that of the 20,000 students in Kingston, as many as 6-7,000 will vote in the constituency.

Liberal Democrat incumbent, Ed Davey, had a majority of over 7,000 at the last General Election, but is expected to struggle this time round.

A sentiment echoed by the Labour hopeful, who is predicting Mr Davey will lose his seat.

The same polling suggested Labour’s chance of winning the seat was a lowly 10 per cent, however Mr Godfrey is banking on a huge swing from the Liberal Democrats to his party to overcome the odds.

Mr Godfrey hopes other voters in Kingston will see the rise of students planning to vote Labour as a sign of change in the constituency.

He suggests a majority of voters in Kingston and Surbiton are broadly progressive voters who naturally support either Labour or the Liberal Democrats.

Mr Godfrey said: “One of the most common things we hear on the door step is that, ‘I used to vote for Liberal Democrats, tactically, but I’m going to vote on principle now’.”

Mr Godfrey’s hope being that those tactical voters will respond to the swell in Labour support among students.

The former Royal Air Force man understands why people vote tactically, admitting he has done it in the past, but says he and others feel betrayed by the Liberal Democrats after the part they have played in an unpopular coalition government.

Mr Godfrey said: “The Liberal Democrats promised a manifesto that was more left wing than Labour and when they got in to government they have proved to be the Tories best friends.

“Our job is to convince as many people as possible to make that change and then I think it will be the Tories versus Labour.”