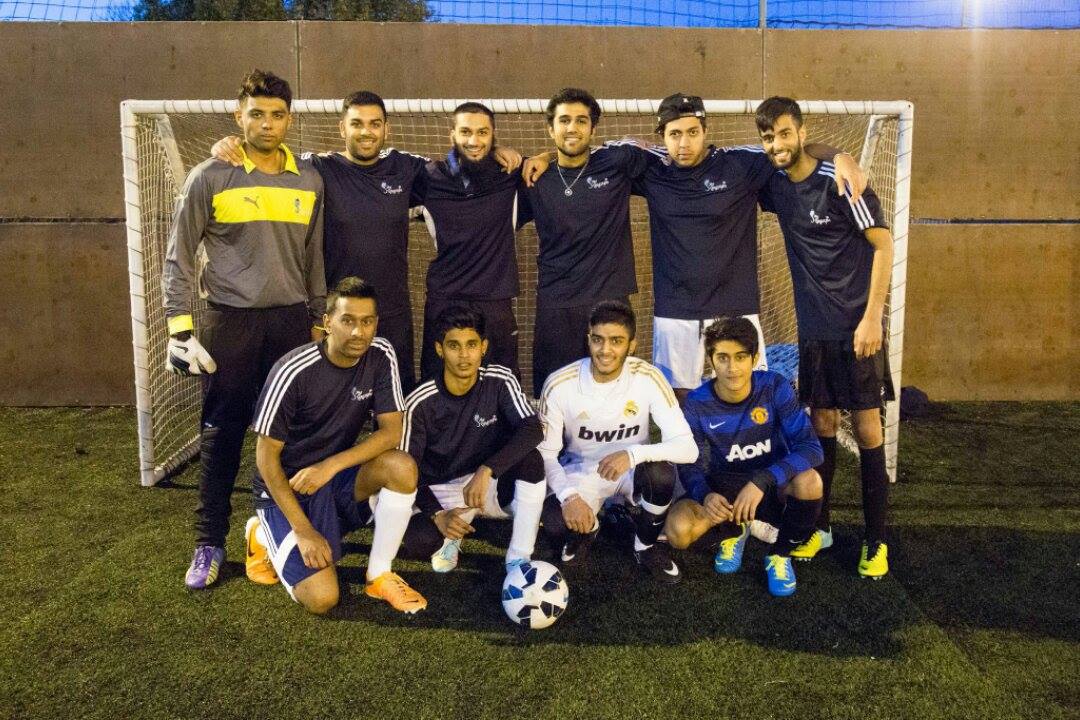 Hindu Society’s President, Bhavik Vara, founded the league to create a running football competition throughout the year in addition to their annual sports competitions.

Arjun Popat, who is the team captain and society coordinator, said: “I’m exceptionally happy to get off to a winning start, and I’m glad that the players have a great understanding between each other so early on in the season.”

The team played at New Malden and the poor weather did not faze the players, who delivered a winning performance due to ‘extensive training  in all kinds of weather conditions,’ said Popat.

NHSF societies from universities all over London are involved in The Hindu Society Football League.

Although this was the second time Royal Holloway’s (RHUL) Hindu football team played in the Hindu Society Football League, it was Kingston’s first match of the year.

It was a smooth game from the start with Kingston scoring the first goal within three minutes of the game.

“After the first goal, it was one after the other. We kept great composure and ensured that we did not break formation,” said Bhavik Vara, 21, defensive midfielder and first year pharmacy student. “It was definitely an easy game for us and are looking forward to the next game.”

Sulaiman Meher, 21, final year Pharmaceutical Science student and team defender, scored the opening goal which he described as ‘easy’, as he believes that his team was well organised in defence.

“We linked up well with the midfielders when we pushed up and made sure one defender always stayed back to cover,” he said.

“I scored the first goal within the first 3 minutes of the game. It was a great confidence boost and I was ecstatic to get my team off to a winning start.”

Popat said Royal Holloway’s poor result could be related to lack of team cooperation, a vital factor for the Kingston win.

He said: “It was an unfortunate performance for NHSF Royal Holloway but the NHSF Kingston squad have been training together for a while now and have built great team chemistry.

“I feel that the NHSF Royal Holloway team are still building that relationship which will happen through the course of the season.”

RHUL’s football team said that this game was easier than the first game they played against Kings College earlier this year.

Saqib Hussain, 20, Captain & Sports Coordinator of RHUL’s Hindu society team, said that their attack and strategy was better this time as everyone played their positions compared to the first game where they we lacking a committed team.

“We’re going to train harder and get a solid team to ensure we get better,” he said. “We’ll have more chance at home games. It’s just games are organised at inconvenient times and because Royal Holloway is so far out, people are less willing to travel. So we’ll have a better roster of players.”