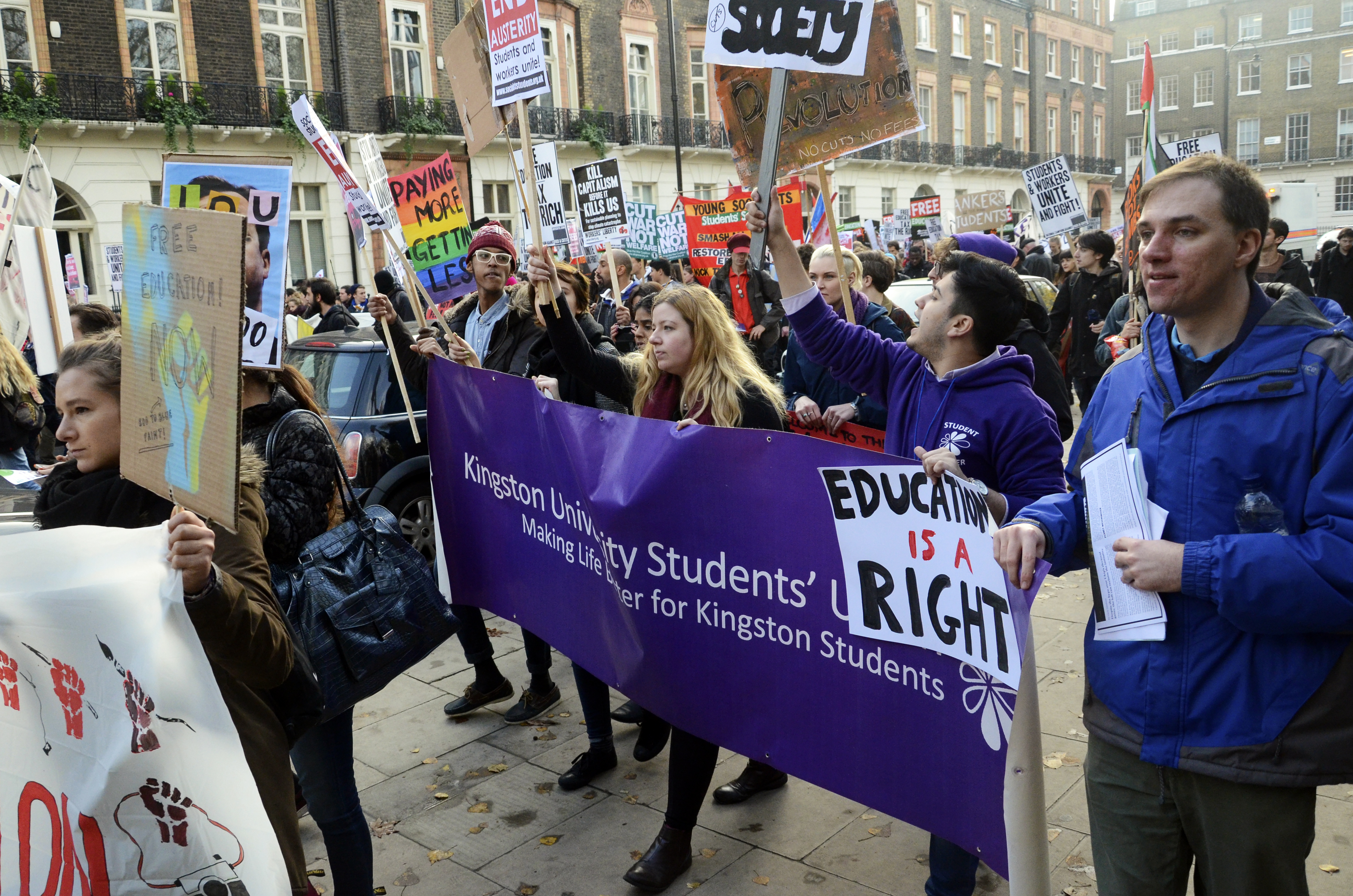 Written by Logan Collins on November 21 2014

Kingston University students took part in the Free Education demonstration in London on Wednesday, November 19, along with thousands of others who protested against high university tuition fees.

The demonstration, organised by the Student Assembly Against  Austerity, attracted nearly 30 students from KU, including Kingston University Students’ Union members.

Alex Morrison, a third year politics and international relations student, said every student should take an interest in the demonstration.

“I have kind of lost faith in the current government to do anything anymore, so I’m just trying to raise awareness that there’s still an important demographic to remember,” Morrison, 21, said.

He continued: “[Kingston’s] turnout could have been four times larger.  It’s not bad, but I wish more people came.  It’s a good turnout overall.

“We should celebrate the fact that we live in a society that we can do these sorts of things.  I think it’s a shame not to.”

The demonstration began at Malet Street in Bloomsbury, where students carrying placards reading ‘books not bombs’ and ‘education is a right’, started marching towards Parliament at 1.00pm.

Police helicopters flew above the crowd amid chants of “no ifs, no buts, no education cuts”.

Outside Parliament speakers including the leader of the Green Party, Natalie Bennett, spoke of larger political issues such as combatting racism, campaigning for living wages, encouraging unionisation and no further cuts to education.

Christel Tanso, a third year music student, said: “I think that free education is a must.  It’s not a business and it should be for all and it’s not, even though you’ve got student finance you still get the debt.

“Of course we can afford free education, we pay taxes.”

According to the Metropolitan Police, authorities made 11 arrests in total during and directly after the demonstration, including two for assaulting officers.

Born and raised in faraway western Canada. Supporter of Manchester United and lover of London. Studying international relations. Traveled from Cuba to Eastern Europe and interested in languages/culture. Aspiring writer. Drinker of Guinness.