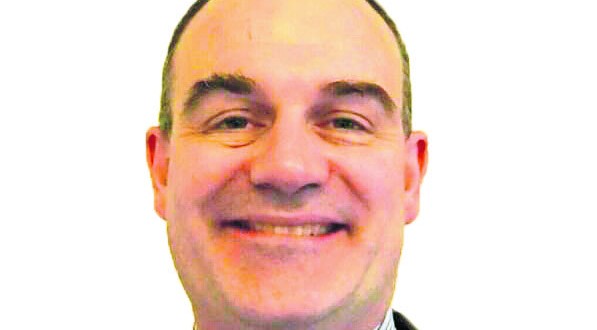 Kingston lecturer to stand for UKIP in General Election

Written by Elizabeth Stromme on December 5 2014

The decision of a KU lecturer to run as a UKIP candidate in the next General Election has been condemned as “disgusting” and “unacceptable” by critics.

Dr Nicholas Wood, principal lecturer of chemistry and pharmacology at KU, is running as the UKIP candidate in the nearby Esher and Walton constituency in the upcoming 2015 election.

Kingston’s Labour candidate, Lee Godfrey, said it was unacceptable that someone who taught at KU would run for UKIP.

Mr Godfrey said: “Being a lecturer at KU, which is a diverse university, and standing for what I believe is a racist party, I would say is unacceptable.

“I think Kingston is a decent, tolerant and welcoming place where immigrants come in and they contribute more to the economy than they take out.”

Mr Godfrey also said he believed UKIP’s language and policy was detrimental to the country as a whole with their allegedly racist views.

“We all benefit from the cultural diversity and economic benefit immigrants bring and I think UKIP’s language and what they stand for is very damaging,” he said.

UKIP has attracted public attention after winning two parliamentary seats in as many months.

It has also consistently pulled in around 20 per cent of the vote in opinion polls since the European elections in May.

Labour candidate and senior lecturer at KU Rupa Huq, said as a scientist Dr Wood should brush up on his political science before running for a party like UKIP.

Dr Huq, who is Labour’s candidate for Ealing Central and Acton, said: “I’m dismayed that a staff member from KU… with students representing so many cultures and nationalities together in a tolerant and harmonious learning environment is standing for the little Englander party UKIP.”

Dr Huq said: “Let’s face it if you ask any member of UKIP what particular European directives they disagree with they are at a loss to answer because their issue is not about Europe. It is a cover for other more unpalatable attitudes in the name of ‘Britishness’.”

In his campaign material Dr Wood stated he wanted to be an MP so UKIP could “retake control” of the UK by leaving the EU.

He said: “By leaving the EU, UKIP will block unwanted legislation e.g. ridiculous European Court of Justice Rulings, stop uncontrolled immigration and not waste the £55 million per day it costs the UK to be a member.”

The 48-year-old UKIP candidate continued by saying: “I want to be a Member of Parliament so we retake control of our country. Only UKIP will get our country out of the EU.”

A poll by The River last month showed that five per cent of KU students intended to vote for UKIP in the upcoming election.

Since May 2013 UKIP has enjoyed success among UK voters, winning almost 150 seats in local elections, and in May 2014 they pulled ahead in the EU election, resulting in 24 seats in the EU Parliament, beating Labour into first place.

This Autumn the party has won two parliamentary by-elections to gain its first elected MPs while a survey last week showed they were polling ahead of Labour.

The socialist workers students society’s (SWSS) President, Alistair Farrow, said Dr Wood should have declared his political allegiance to the university and its students, as students have a right to know they are being taught by someone Farrow considers to be a part of a racist party.

Farrow said: “I think it’s quite disgusting that we’ve got a UKIP [candidate] in this university when in fact it’s a very multicultural university.

“I think if I was an immigrant student I would be worried about being taught by him if he holds the sort of racist views that UKIP do.”

The SWSS president also stated they had not been aware of the KU lecturer running for UKIP before being contacted by The River.

Farrow added: “As the socialist worker student’s society we’ve been out there doing petitions on UKIP and we’ve got a massive response from people understanding that they’re a racist party.”

When contacted by The River a spokesman for the SU said they could not comment on Dr Wood running for UKIP in the upcoming General Election because as a charity they are not allowed to comment on party political matters.

Former KU student and Green Party candidate for the General Election, Clare Keogh, said she thought UKIP was a party with views that need to be challenged.

She said: “UKIP is a very negative party. They’re anti this, anti that, what do they actually stand for, and what are they positive about?”

The Green Party candidate also said she believed UKIP’s ideology and KU demography is not compatible.

Election by UKIP candidates, especially if they are staff and they are responsible for [international] students,” she said.

Ben Roberts, Kingston’s UKIP candidate for the General Election, defended Dr Wood saying his political views have nothing to do with his teaching.

“I’m an ex-teacher and I was teaching until July, and I was a member of UKIP that whole time and it didn’t affect my teaching.”

Mr Roberts said he fully supports Dr Wood running for UKIP in the election while being a KU lecturer.

He said: “I fully support Nick and the fact that as a university lecturer he wants to get in to politics and represent the constituents of Esher and Walton, I think it’s fantastic.”

Conservative candidate James Berry said: “I think that UKIP are entitled to run candidates and I don’t know if it’s breaking university rules but I very much doubt it.

“I accept that some students might not like the idea but I think we live in a democracy and people have a chance to express their views at the ballot box.”

The Conservative candidate pointed out in a democracy people have the right to stand and support the party of their own choosing, though their party of choice might not be agreeable to the students.

Mr Berry said: “He’s got every right to stand and I imagine that students would respect that even if they disagree with the policies.”

The KU press office said the university has to remain politically neutral.

A spokeswoman said: “The right to express individual views is encouraged by the university but it does not tolerate behaviour from any member of the university community that might be construed as incitement to any form of harassment or hatred.”

The River has been in contact with Dr Wood but he has declined to answer any questions at this time.