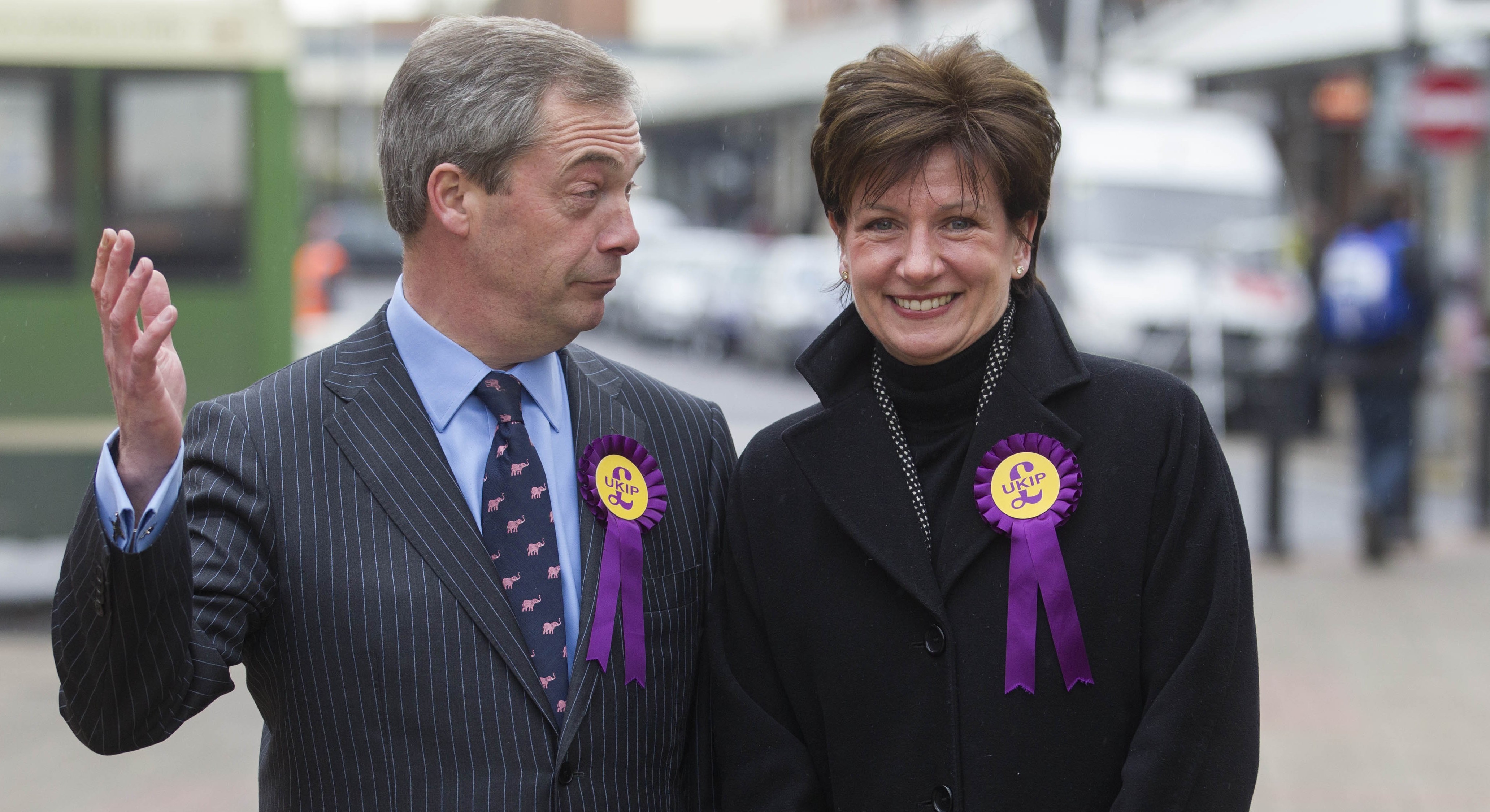 Racist, sexist, homophobic, ridiculous, outrageous – these are just a few of the numerous terms used to describe UKIP.

The Independence Party has covered the front pages of national newspapers over the last couple of years and its leader Nigel Farage manages to get himself into every awkward situation possible.

Yet, the right-wing political group is thought to have over 40,000 members and it recently won 24 seats in the European Parliament after the last European elections.

Diane James is one of those elected. She joined UKIP in 2010, feeling she had to do something about the influence European legislation had on local politics.

“The more I saw of the negative interference the European Parliament and the European Commission had, I felt like I wanted to do something about that,” Ms James said.

“I looked around me at the various parties, and UKIP was the only one who saw that the best future for the UK would involve regaining its sovereignty and come out of the EU.”

As an elected local borough councillor, it was not only legislation that impacted local politics which bothered Ms James, but also the proportion of UK laws that are currently enforced by the European Commission.

A UKIP poster has claimed the number of UK laws that are currently EU affiliated stands at 75 per cent, although Ms James said she believed it is up to 80 per cent.

“I don’t feel that it’s appropriate for the UK to be governed by an unelected body which is based in Brussels and also has organisations affiliated to it, such as the European Courts of Justice based in Luxembourg that impacts our justice and home affairs system.”

The UKIP party has expanded and gained many votes over the last couple of years due to its focus on popular issues such as immigration and, of course, independence from the European Union.

In the past, as the party became more prominent, it received an extensive amount of negative media attention and most of UKIP’s ‘scandals’ surrounded individual party members. Some of these include a former candidate who was suspended after suggesting the forced abortion of Down syndrome foetuses and former Councillor David Silvester, who claimed bad weather was caused by God’s fury regarding the Equal Marriage Act.

Last but not least, Godfrey Bloom, who referred to Third World Countries as Bongo-Bongo Land and hit a journalist with a pamphlet after he questioned him about the overwhelmingly white representation in his party.

Mr Bloom eventually joined the bench of suspended UKIP members after greeting a room full of women using the word slut, despite being a member of the Committee of Women’s Rights and Gender Equality.

Additionally, some of the party’s policies have also been seen as quite extreme. Amongst other policies, the party has suggested making EU students pay the same amount of tuition fees as international students, which could see an increase of up to £5,000 per year.

The party also has not only recommended abolishing the Department of Energy and Climate Change and scrapping green subsidies, but also cutting foreign aid by £9bn – a year after the UK government reached its promised goal to spend 0.7% of its Gross National Income on foreign aid.

Another damning aspect affecting the party’s image was the fact that it did not scrap its 2010 manifesto proposing to let schools decide whether to use corporate punishments against pupils until 2014.

However, Ms James disregards the allegations from rival politicians and citizens which say UKIP’s policies are sexist and racist.

“I do not see negative comments,” she said. “I see individuals who do not have an objective or pragmatic approach to the political situation in the United Kingdom.

“Over a third of UKIP MEPs are women, so I do not see how we could be sexist. As for racism, we have never ever cited a single country, a single skin colour, a single cultural history or anything like that could even faintly be used to justify that we are a racist party.”

She went on to say: “Calling UKIP racist has proven to backfire on these parties because people do want to talk about immigration and trying to dust it under the carpet by using this ‘racism’ phrase has been proven to be counter-productive.”

As a result of the current economic recession in Europe, several right-wing Eurosceptic parties such as the Front National in France and the Freedom Party in the Netherlands have gained a broader following and popularity amongst disgruntled citizens.

Ms James said the proportion of Members of European Parliament that represent eurosceptic parties in their nations has increased significantly since May this year.

“Voters are saying we are more alive than the politicians think we are, we want to make our voice known,” she said.

Only time will tell, but Ms James believes people will vote for UKIP and the time has come for the two traditional parties.