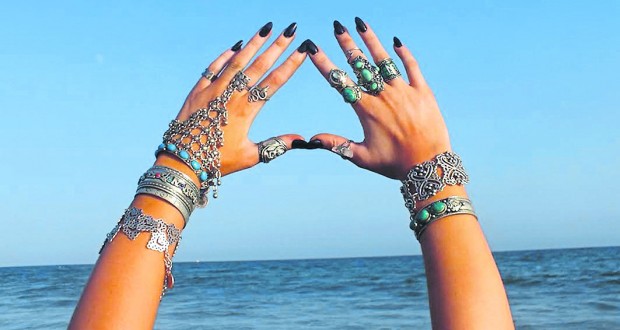 The Kingston entrepreneur who makes £2,000 a day

Written by Matilda Sturley on January 24 2015

The gleaming new convertible Beetle is something most students could only dream of.

But for Kingston University student Katie Lynch, it became a reality after her jewellery business took off and made her thousands of pounds in just a few months.

The 21-year-old business woman is in her third year at KU and started her business called Bohomoon alongside her studies.

The business was created in February 2014 and has quickly become successful.

“I was really scared and worried that I would not be able to do it and keep up with my university work,” Katie says. “I was really happy though, because it meant that I now have a job waiting for me after I finish university in June.”

Katie said that Sunday is the day of the week where the business brings in the most money, as it is known for being online shopping day.

Katie went from running the business from her cupboard under the stairs to needing to hire extra warehouse space.

“I have just recently bought a £10,000 engraving machine to begin designing my own jewellery line to sell,” the student entrepreneur said. “I will concentrate more on that side of the business once I have finished university.”

According to research by The Prince’s Trust and the Royal Bank of Scotland in 2013, 25 per cent of young people believed that they would be their own boss within five years and 27 per cent claimed that they were thinking of starting their own business.

The young business woman promotes her jewellery to her 85,000 Instagram followers and sends fashion bloggers free samples, which are promoted through their blogs.

Katie said: “I was shopping online and couldn’t find any jewellery that I liked so I decided to buy it in bulk, keep what I wanted and sell the rest, and so it began.”

In the first two weeks of setting up her business, Katie had made over £2,000 profit.

With just £500 of her student loan to start up the company, Katie’s jewellery business went from strength to strength.

Twelve months on and Katie has no employed her mother, Alison and brother, Matt.

The KU student was able to buy two cars with her earnings and has taken herself on three holidays to Ibiza, Paris and Fuerteventura last year.

“When it got to the stage when I could do what I wanted, I could buy a car or take my mum on holidays, it was really exciting,” she says.

“I feel like I have grown and I feel like an adult. I think that I am more independent now because I do not have to rely on my parents.”

“I am going to live in Australia in October for a year and promote Bohomoon from there. Without my business, I would not have been able to do that.”

KU Talent was awarded Best Preparation for Work Strategy at the Association of Graduate Recruiters Development Awards in 2014. It was recognised to have the best commitment to improving the employability and long term career success of its graduates through a range of activities.

Kingston University hosts a variety of activities designed to support students and graduates interested in enterprise, freelance work, entrepreneurship or self-employment through its Enterprise! programme.