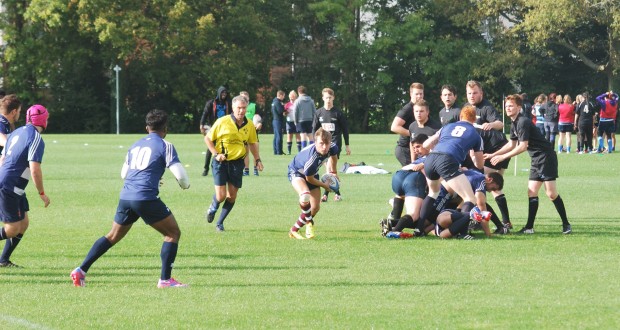 Kingston rugby and football will miss this year’s Varsity

Kingston sports teams may be unable to play Varsity after a fight broke out between Surrey rugby and football teams in December.

The fight, in Surrey University’s Students Union bar, resulted in a bystander being hit with a bottle and having to go to hospital.

As a result, both teams have been banned from playing in this year’s Varsity meaning Kingston’s respective teams cannot participate.

Kingston men’s rugby team captain, Thomas Walsh, said: “If we are not allowed to take part in Varsity at Surrey, it would be a massive blow to the team. Varsity is the biggest single match of the season and something we spend the whole year building towards, it is always something we look forward to.”

Despite not being involved with the alleged incident, the Surrey women’s rugby team have also been banned from participating because they belong to the same Union as the men. This means Kingston women’s rugby team also cannot play Varsity.

Women’s rugby captain, Gemma Briant, said: “For some of the team, it is our last Varsity so it is upsetting that we potentially can’t play.  It’s frustrating that Kingston is being punished for Surrey’s mistakes.

“If what Surrey’s women’s captain is saying is the truth, then women’s rugby has nothing to do with it, so it is really unfair if we can’t play.”
She added: “It is also my last Varsity and my last chance to play for Kingston.”

An appeal was made by Surrey University against the ban, which failed. In response, Walsh said: “Following this ban, I think we are going to write a letter of appeal to Surrey University to say how we are also being punished by not playing.”

However, alternative measures have been taken to ensure that the matches between the KU and Surrey teams can still take place.

Walsh said: “We would be interested in playing them at another venue, whether this is at Tolworth or a local club. It wouldn’t be as good as playing at Surrey on Varsity day with the big crowd and a great atmosphere, but it would still mean we get a match and a chance to beat them, something we can definitely do.”

There are four football teams that will also suffer the consequences of Surrey’s drunken disorder, which amounts to seven matches not being played at Varsity.