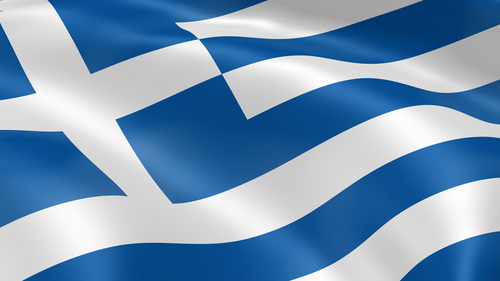 Greek students at Kingston and the future of their country

Greek students have formed one of the biggest groups of non-UK students at Kingston University and nationally for over 10 years.

As youth unemployment in Greece rose to 60 per cent last year, it is very unlikely that many graduates will return after their course and they are not compelled to, as Greece is part of the European Union.

But now that radical left-wing party Syriza won the country’s General Election after years of a right-wing government, things are bound to change in Greece.

Greek first year KU pharmacy student, Iphigenia Theodoropoulou, said: “I am a big patriot, I love my country. I do not love it for the future or the present. I love it for the past.”

Greece has the highest youth unemployment rate in Europe, followed by Spain, Portugal and Italy. Its permanent unemployment is at 19 per cent.

New Democracy, the centre-right liberal-conservative party and the Panhellenic Socialist Movement, which are more centre-left have juggled power over the last couple of years, but Alexis Tsipras has taken over after 36-38 per cent of Greek people voted for his Syriza party.

“The situation in Greece is really bad and I am so happy that I had the opportunity to go to England to study pharmacy, which is the thing I am most passionate about,” Theodoropoulou said.

“The idea of going back to Greece is so wonderful on one hand. I am excited to live my life properly again,enjoying the sun, living in a beautiful country.

On the other hand, I think of the people and the way they treat you if you work for them, it is just horrible.”

On Wednesday 28 January, Charlie Kimber, the National Secretary of the UK Socialist Workers Party, talked to KU students and members of the Socialist Workers Student Society about Syriza and the future of Greece.

As a socialist, Kimber said he was very pleased with Syriza’s victory as a radical left-wing party.

“It is nice to talk about an election where we can celebrate the result. There is no doubt that the victory of Syriza on Sunday is a massive step forward for all of those who fight against cuts and austerity.”

He did, however, warn for the rise of right-wing parties like UKIP in the UK or the Independent Greeks, who received almost 5 per cent of the Greek votes.

The Independent Greeks, or Anexartitoi Ellines, is the nationalist and populist party that has agreed to form a coalition with Syriza, though the parties only have one thing in common: a desire to distance Greece from the EU.

John Dimas, a communications officer from Athens, told the Wall Street Journal: “There are significant differences between them, but they could take some time to appear. This may provide them with time to secure the benefits from creditors which would then be pumped directly into the economy.”

Troika has lent Greece the most money and has already given into two bailouts.

Troika, the committee of the European Commission, the European Central bank and the International Monetary Fund, governs the debt of Greece and other European countries like Cyprus, Ireland and Portugal.

Kimber said: “The Greek people have rejected the idea that they need to be controlled by banks and that they have to go along with what the Troika demands.”

Third year Argentinian student, who has many Greek family members, Sofía Delgado, said that young people in Greece are a lot more engaged with politics.

Delgado, whose great grandfather fled from Kaisariani, a town close to Athens, because he was a communist, said: “For Greek people, voting is mandatory and people have a more dedicated mindset when it comes to politics.”

It might be the young people’s votes that pushed Syriza to victory, but one thing is certain: after five years of austerity, things are going to change with Greece’s new, predominantly left-wing government.

Only time will tell how things will develop in the country of islands, and what the new charismatic leader may do for youth unemployment and the future of Greece.