Kingston University does not have any black female professors and 74.5 per cent of professors in executive and senior academic roles are white (6.4 per cent BME and 19.1 per cent unknown).

Rasheed Ige, KUSU’s Black Minority and Ethnic (BME) officer said: “The statistics as we know are shocking, the number of black professors in general are much lower than they should be and the number of those that are female is ridiculous.”

The study by Runnymede, a race equality trust, found that 92.4 per cent of professors in the UK and less than 0.49 per cent is black.

Not only the professors lack a diverse representation. The trust found out that British white students with lower A-level results are less likely to enter into the country’s most selective universities than black and Asian students.

The director of Runnymede, Omar Khan spoke of “unconscious bias if not positive discrimination in favour of white university applicants“.

“Being able to relate to the lecturer and vice versa could potentially have an impact on how well the students learn potentially having an effect of the BME Attainment Gap issue,” Ige agreed.

Less than half of students at KU are whites, while this is not mirrored in the University’s largely white staff.

“There are currently no female professors at Kingston identified as black,” Nona McDuff, head of equality, diversity and inclusion at KU said.

“The University is working hard to ensure that all our staff are able to fulfil their potential and we are aiming to ensure more women (and BME women in particular) are appointed to the University’s most senior roles in the future.”

Though none of KU’s 94 professors are black and female, the University holds an impeccable record when it comes to diversity and inclusion.

Not only did it win the HR Diversity Initiative Award at the Guardian University Awards last year, it also currently holds the Athena SWAN bronze award for committing to women’s academic careers in male-dominated fields such as science, technology, engineering, maths and medicine.

“As part of our application Kingston is assessed on how our policies and practices impact BME staff in terms of recruitment, career development and progression and the extent to which our action plan addresses any gaps or issues that are identified.”

In its Strategy for Equality, Diversity and Inclusion, the University says it acknowledges the ongoing underrepresentation of women and BME staff.

Apart from working on representing women and ethnic minorities, the University also works with the Employers Forum on Age and the Business Disability Forum to tackle other minority issues. 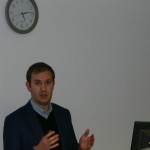 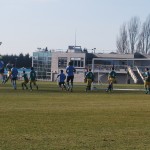