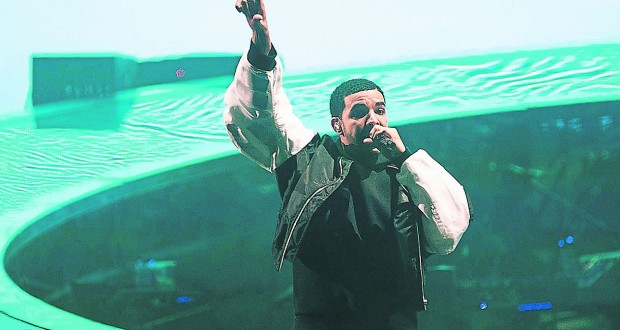 ‘If You’re Reading This It’s Too Late’ Review

Written by Ruby Mckenzie on March 2 2015

Mixtape, album, whatever you want to call it, Drake’s latest surprise release is subtle, raw and secures his place as one of the best rappers to date.

Bold statement, I know. But If You’re Reading This It’s Too Late shows a side of Drake you don’t see in previous album Nothing Was The Same.

Never one to shy away from displaying his vulnerability, Drake’s confidence is verging on cocky in this mixtape, particularly on tracks Energy and Legend.

His decision to drop the album out of the blue, mimicking Beyoncé’s 2013 stunt, gives the impression that the rapper is clear of his fan’s allegiance – and with the album being streamed 17.3 million times in three days, breaking Spotify records, I doubt he has anything to worry about.

Musically, the mixtape is a far cry from the rapper’s three previous studio albums. “Please don’t speak to me like I’m that Drake from four years ago,” he taunts on track No Tellin’.

It’s very much stripped back; no big beats, less than a handful of collaborations, including Lil Wayne and PartyNextDoor, and confessional, honest lyrics.

Standout track is Drake’s conversational number You and The 6, which is addressed to his mother. Although the album is full of justified airs and graces, Drake softens, showing the respect and affection he has towards the single mother who raised him. He raps about her worries, the feud between her and his father and her disapproval of his relationships.

Know Yourself also ventures back to Drake’s Canadian roots, talking about growing up in Toronto and his life before the money and fame. Both tracks show the rapper’s serious side and that, despite his desire to show his ever-growing success, he’s not afraid to focus on his modest upbringing.

Amidst the Birdman V Cash Money Feud, If You’re Reading This It’s Too Late is a light amongst the dark and confusing legal battles and twitter rows between Drake’s mentor Lil Wayne and music mogul Birdman.

Many have accused the rapper of releasing the mixtape before the downfall of his label Cash Money however, whatever the reason, I don’t think it could have come at a better time.

Despite Nothing Was the Same still being labelled as the turning point of Drake’s career, with high profile collaborations and chart-toppers Hold on, we’re Going Home ­and Started From the Bottom spawning from it, this new mixtape shows the rapper’s versatility.

The frank simplicity of If You’re Reading This It’s Too Late means it stands out against anything Drake’s produced before. Sure, he’s set on proving he’s grown up, proving he’s up there with the greats, but this album proves just that. It’s a look inside Drake’s mind, a tour of the life before the fame and beyond it. No frills, no pretences.