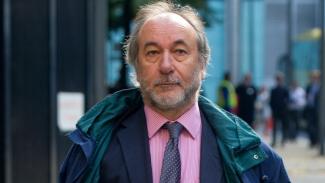 The former leader of Kingston Council has pleaded guilty to possessing and distributing thousands of indecent images of children.

At Southwark Crown Court today, Derek Osbourne admitted to 17 counts of possessing and distributing the images. The judge told him that a prison sentence was “a virtual certainty”.

There were approximately 5,000 images depicting children as young as three years old, according to the prosecution.

“The case is significantly aggravated by virtue of the fact that material was shared with or distributed to other paedophiles,” said prosecutor Peter Zinner.

He added that a prison sentence of two to five years was a possibility.

The defence said Osbourne had undergone psycho-sexual counselling and was due to begin a course with the Lucy Faithfull Foundation, which works with offenders to protect children from sexual abuse.

Judge Alistair McCreath ordered a pre-sentence report, saying: “People who commit the sort of offences you committed cannot be properly sentenced without knowing something about them, what sort of danger, if any, they present.

“My mind will be open, but I have to give you the firmest of warnings that the position you are in, having committed these offences in the volume you have done, it makes it a virtual certainty that a prison sentence will follow.”

Osbourne resigned from the Liberal Democrats and as council leader after he was arrested at his New Malden home on 11 June.

He was bailed and is expected to be sentenced on 29 October.