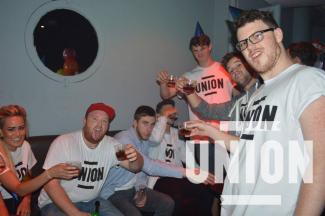 You are a typical student, balancing your workload and social life, struggling with money and debt while constantly wondering when your next deadline is. But imagine on top of all this that you run your own business too.

This is the reality for Grant Robertson, 22, a third-year KU business student by day, and co-founder of one of Kingston’s most successful student club events by night.

Founded in 2012 by Robertson and Jon Chandler, Union Mondays at Hippodrome have soared in popularity – but it hasn’t always been easy.

“We started by running an old Monday event at Hippodrome [Circus Circus] which ran for eight months,” said Robertson. “We’d invested all of our first semester student loans into it, and it went so well that we were allowed to try something totally new…so we had to reinvest.”

The boys started again, investing their loans as well as some money from their families. In a flurry of Freshers’ Fayre stalls, posters and T-shirts, so Union was born.

“We get around 500 customers every week, but on Union’s first birthday (September 30) we had about 650 people in celebrating. It was a messy night.”

Robertson is the ultimate promoter in more ways than one – he now walks around with a tattoo of his achievements on his leg.

“I got that when I was drunk,” said Robertson, laughing. “The deal was that if we got over 1000 customers, a supervisor at Hippodrome would get a tattoo. We didn’t hit 1000, but we got drunk so we got one anyway.” 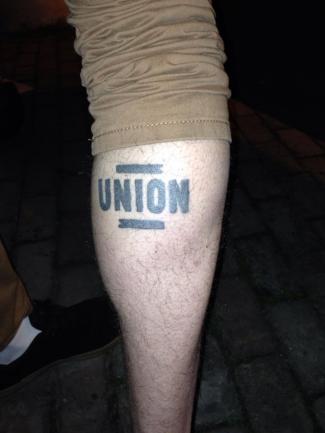 There was a huge element of risk involved in starting a business while studying for a degree too.

“I took a year out to grow the business, but I had to ask my course leader to continue with my studies this year. Now I’m back studying but still at the club every Monday.”

“It was a big financial risk taking on such a large club for our first night, but luckily for us it’s paid off.”

A year on with profit made, what’s next for Union?

“The music genre changes year by year. Circus Circus was dubstep and bootlegs, but Union plays a broader spectrum of music including disco, grime, garage and more,” said Robertson. “Then it develops into drum ‘n’ bass and house towards the end of the night.” 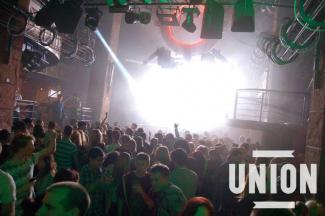 Grant’s experiences have accounted for some credible advice.

“You need to make a decent business plan and do loads of market research,” he said. “You have to make sure you think it’s going to work and have the backing of friends.”

“Perseverance is big too. You have to be determined.”

If you don’t fancy starting your own business just yet, why not head down to Hippodrome on a Monday night instead? Union promises good music, cheap drinks and a load of fun. You’d be mad to miss out.