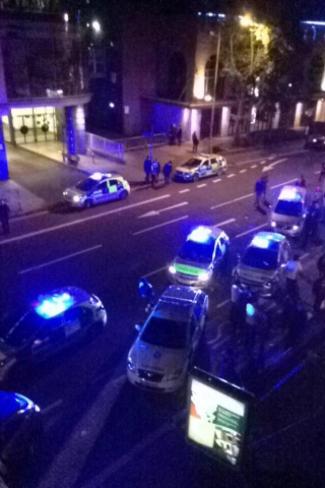 A 24-year-old former Kingston university student was stabbed in the arm with a glass bottle outside Barcadia earlier this month.

The victim was severely injured and received around 25 stitches for his wound.

He said: “I don’t know the guy; he was kicked out of the bar due to his aggressive and disorderly conduct towards me. As I left the bar, he was waiting for me outside and attacked me with a broken beer bottle. It all happened really quickly.”

The incident happened on Sunday, October 13 at around 2:45am. The victim was discharged from hospital after 16 hours and is now in a stable condition.

Manuel Morejon, 38, appeared in custody at Wimbledon Magistrates’ Court and was remanded in custody to next appear at Kingston Crown Court on 28 October.

Kingston Metropolitan Police stated that the man has been charged with the offence of Grievous Bodily Harm under section 18 of the Offences Against the Persons Act 1861, which acts against intentionally causing harm to another person.

One of the witnesses, Shwan Koye, 23, a politics and international relations student at Kingston University, said: “When we decided to leave we saw a guy bleeding at the entrance. At the time we had no idea what had happened. He was leaning against a wall and the bouncers were holding him.

As the police arrived the bar was emptied and no one was allowed to go back in- not even to get their jackets.”

Barcadia manager, Hannah Won, said a member of staff immediately reported the incident to the police. She said security staff gave the victim first aid treatment while waiting for the emergency services to arrive.

In order to avoid incidents of this nature, Barcadia’s policy states that drinks must not be served in glass bottles after midnight.

Ms Won said that the bar stuck to its policy on the night of the incident, and was not responsible for the offence. She says: “Our CCTV records confirm that the suspect obtained the glass bottle from the street, and not inside Barcadia.”