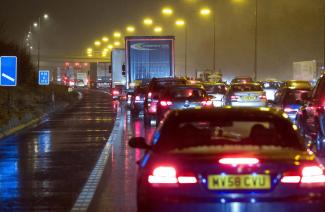 Call me an old misery, but the government’s plans to raise the driving age for youngsters in the UK is a change that has been crying out to be made for years.

The plans, although a little complicated, state drivers must be 18 or over before they can take their driving test. Despite young drivers accounting for only five per cent of the miles driven in the UK, 20 per cent of crashes involving injury or death are caused by them. These are the statistics that show change is needed.

Whether the problem is young drivers or rather the elderly forgetting to indicate or look when going around a roundabout remains to be seen.

As long as there are cars on the roads, there will be accidents. But anything we do to try to avoid them is surely something worth doing.

I still remember the ‘safe drive, stay alive’ event at my college a few years ago. The hard-hitting stories (no pun intended) and films had all the girls in tears and the guys in shock. It put some off driving altogether. Although that wasn’t the aim it was undoubtedly an effective way to draw attention to safety. Surely attending an event like this should be  compulsory when learning to drive?

Other plans outlined include 18-year-olds being given a one year probationary license once they have passed their test, meaning ‘P’ plates, a curfew, lower alcohol limits and a ban on passengers under 30.

Although 17-year-olds can begin a ‘learner stage’ involving 100 hours of daytime and 20 hours of night-time supervised driving, they cannot take their test before their 18th birthday.

With the government predicting 4,471 fewer casualties and a saving of £224 million it looks like we finally have ourselves a proposal worth going forward with. All drivers will benefit in the long run and young people will feel more experienced when driving alone.

You wouldn’t be a perfect speaker of Greek if you’d lived in Greece for six months, so why should people be considered good enough drivers when they’ve only had a handful of lessons and taken a theory and practical test? It's a change I welcome and a change the government can’t go ahead with soon enough.