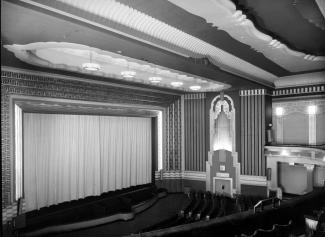 Campaigners are encouraging students to support a petition against the conversion of Kingston's historic 1930s Regal Cinema Theatre into flats and offices.

The petition, which has collected over 700 signatures, was launched by the Kingston Arts Association, and calls on Kingston Borough Council to block the redevelopment of the Regal.

“Raising awareness has to be the highest priority at the moment,” he said. “I want architecture students to help lead the restoration; music, drama and cinema students to help provide a use for the place and business students to develop a business plan for a community-focused, charitable organisation to run the building.

“I want to involve every student, be they undergraduate or postgraduate, and every lecturer who is interested and feels they can offer the campaign their time and skills".

The Kingston Regal first opened in 1932 as The Regal Cinema. It closed in 1976, and reopened 15 years later as the Gala Bingo Hall only to be closed down permanently in 2010.

It formerly seated 2,445 people, nearly three times the capacity of the Rose Theatre. Its future use would not be limited to the performing arts.

CNM Estates, a local property development company, made their plans for the restoration of the Regal public.

They intend to turn the historic Grade II listed building into flats, restaurants, and small offices. Many residents of Kingston strongly disagree with these redevelopment plans.

One of those who signed the petition, Ben Henderson, said: "The Regal is such an important and impressive building, rich in culture and history. As a landmark in Kingston, it should have its rightful position reinstated as a key centre for the arts, music and theatre."